On Coming Home for Christmas

This article appears in Holiday 2022: Issue No. 33 of Edible Long Island.

Writer Alicia Kennedy reflects on the holiday traditions worth traveling for. 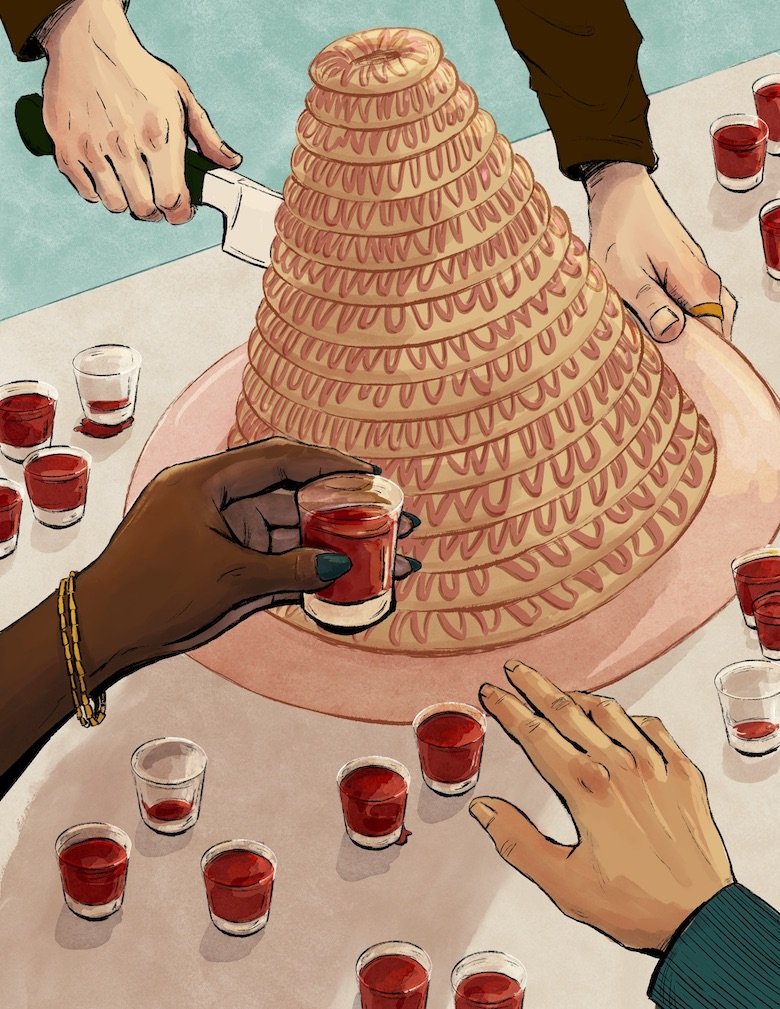 The idea of going home for the holidays was foreign to me for most of my life. In all my years working in Manhattan and living in Brooklyn, I’d hear co-workers and friends discuss the flights they’d have to take, the credit card debt they’d rack up doing so, and generally complain about the schlep of it all. I could hardly imagine such indignity; this was the stuff of movies for me, a theoretical concept. I’d feel smug, knowing I’d just be taking the Long Island Railroad to Patchogue, counting off the stations as home approached: Oakdale, Great River, Sayville, the conductor would announce. Change at Patchogue for the train to Montauk. I’d exit the train to be greeted by a Catholic school that held no good memories for me, starting my Christmas off the way most people do: experiencing a light sense of dread to halo the season’s happiness.

I ruined this for myself by moving to San Juan, Puerto Rico, in 2019 to be with my now-husband. I never thought I’d be among the ranks of those who had to pack a suitcase and head to a crowded airport just to celebrate with my family, but here I am, a prodigal daughter who demands days of bagels, pizza, and oysters to make up for being away most of the time eating guava, empanadillas, and tostones. There’s now planning in my winter season that goes beyond checking train times. Days need to be taken off from my husband’s job. The dog needs a babysitter. Costs are weighed; cars are rented. It’s no way to live, but it’s what I’ve chosen, and it’s increasingly how my extended yet close-knit coterie of cousins live too. We debate and compromise with spouses and partners about which family to be with on which holiday, hoping always that we’ll win Christmas—that we’ll get to have our special brand of loud chaos, complete with scream-laughing. 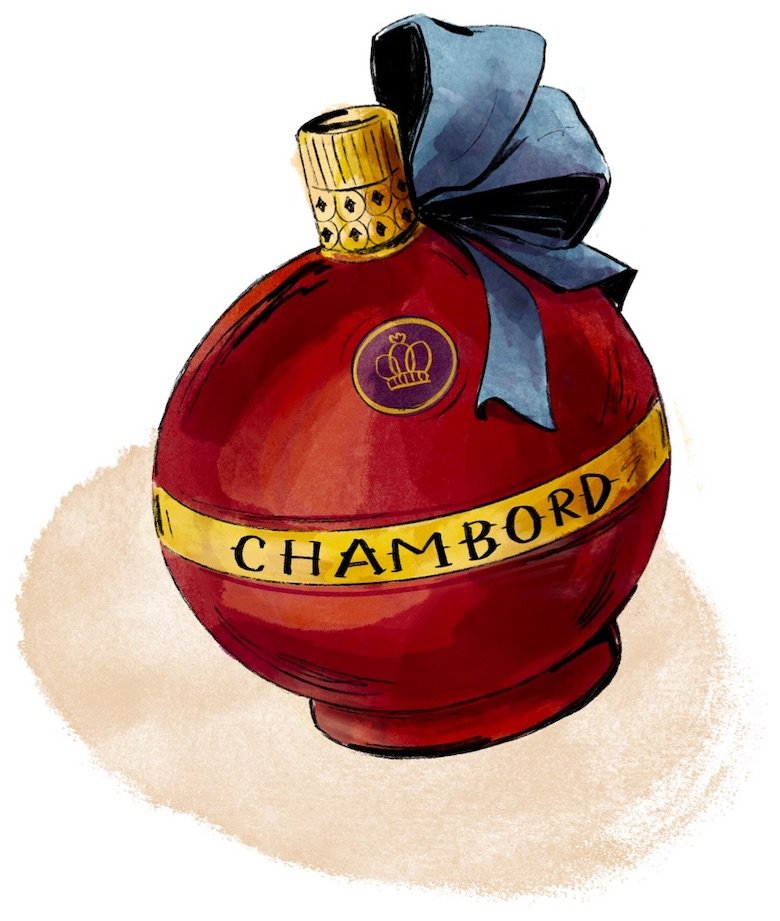 Coming, as I do, from a nominally Catholic family, Christmas Eve has always been the most special day. I’m the oldest grandchild, so I’ve also watched it morph throughout my 37 years. In my early days, my grandma was still alive. I remember her, though I don’t remember Christmas with her; my mom tells me the table would be covered in hors d’oeuvres: spicy meatballs, shrimp cocktail, cheeses, and for dessert, plates and plates of cookies. The tradition continued after she passed, for a time, though I can only recall being seated at the table in my childhood with my eyes firmly set upon the presents under the tree, wondering which cousin would get what we called “the back-room gift”: A bigger present, like a bike or a drum set, that grandpa would bring out at the end from “the back room.” One year, when I was nine, I was given a lovebird I named Desiree. This was the back-room gift of the century.

We no longer celebrate at grandpa’s house, the house where my mom and her siblings grow up, as my Aunt Kathy has taken over as matriarch. Now, she cooks a Feast of the Seven Fishes. Aunt Diane is in charge of the seafood salad. My mom does whatever is asked of her, as the youngest. The presents aren’t important anymore, but we all talk about who got the most back-room gifts: Were they divied up fairly, or did one cousin get big gifts more years than the others? Whether these resentments are real or just for fun are matters for therapy, not Christmas. 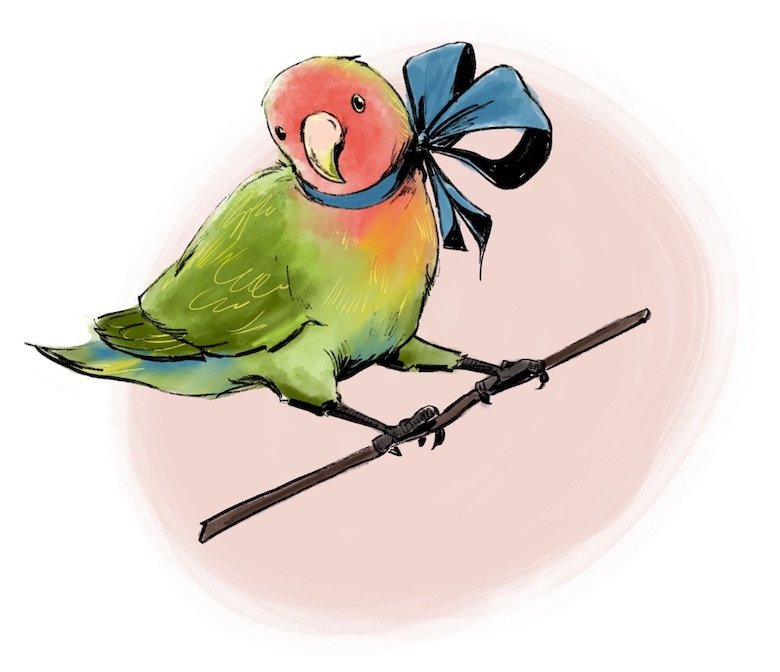 Our newer traditions are to do shots of Chambord, a raspberry liqueur, and always to make a kransekake without looking at a recipe. It’s a set of ringed almond cakes that get stacked to form a tree; it’s a Scandinavian recipe that became part of the family repertoire because of a relative who lived in the Norwegian neighborhood in Brooklyn and was a fantastic baker. She was inspired to make kransekake after seeing them on display in bakery windows. Uncle Rich is the keeper of the pans and of this tradition, insisting upon it. We never make a good one and no one enjoys eating it, but we always have a good time arguing about the best approach. Every year, there’s a new theory as to how to make it correctly. Every year, the theory is proven wrong.

The Chambord shots and many failed kransekake represent my family’s dedication to a story over everything. I don’t remember roasts or stuffed mushrooms: I remember bad liqueur and worse cookies. Both are utterly silly, funny only to us, requiring a delight in the absurd. They are traditions for tradition’s sake, without being delicious. Yet they are joyful, a way to maintain the spirit of a family where all of us cousins are now grown up and have moved farther away than a ride on the Long Island Railroad to form new units, to birth new babies. They’re signs that we’re home, among each other; they’re the bestowal of narrative order upon our now diffuse lives. For shots of Chambord with my cousins, I’ll always schlep home.