This article appears in Fall 2019: Issue No. 28 of Edible Long Island.

Portugal is all the rage, but Long Island’s many Portuguese eateries deliver its flavors beautifully—no red eye required.

The ‘it’ list. Like Iceland before it, Portugal has become one of the hottest travel destinations in the world—and for good, tasty reason.

You can try, but you won’t succeed in getting a bad meal in Portugal, a country of seafarers, farmers, bakers and vintners. From perfectly charred octopus to sizzling steak topped with ham and a dripping fried egg to the homemade potato chips and fries and friendly local wines that accompany virtually everything, the Portuguese do food right. Simple, fresh, rustic and perfectly executed. Every time.

If it seems like your Instagram is flooded with images of all your friends posting from Lisbon, Oporto and the Algarve, you are not wrong. Around 685,000 Americans visited Portugal in 2017, and figures suggest a 20 percent increase in tourists from the U.S. in 2018.

I, too, was flooding social media with food pictures this year. My son’s soccer team had a tournament in the seaside town of Cascais (about a half hour outside Lisbon) in April, and so we went. And we ate. And ate. And ate.

When the author traveled to Portugal for her son’s soccer tournament, she discovered the country’s many culinary delights. 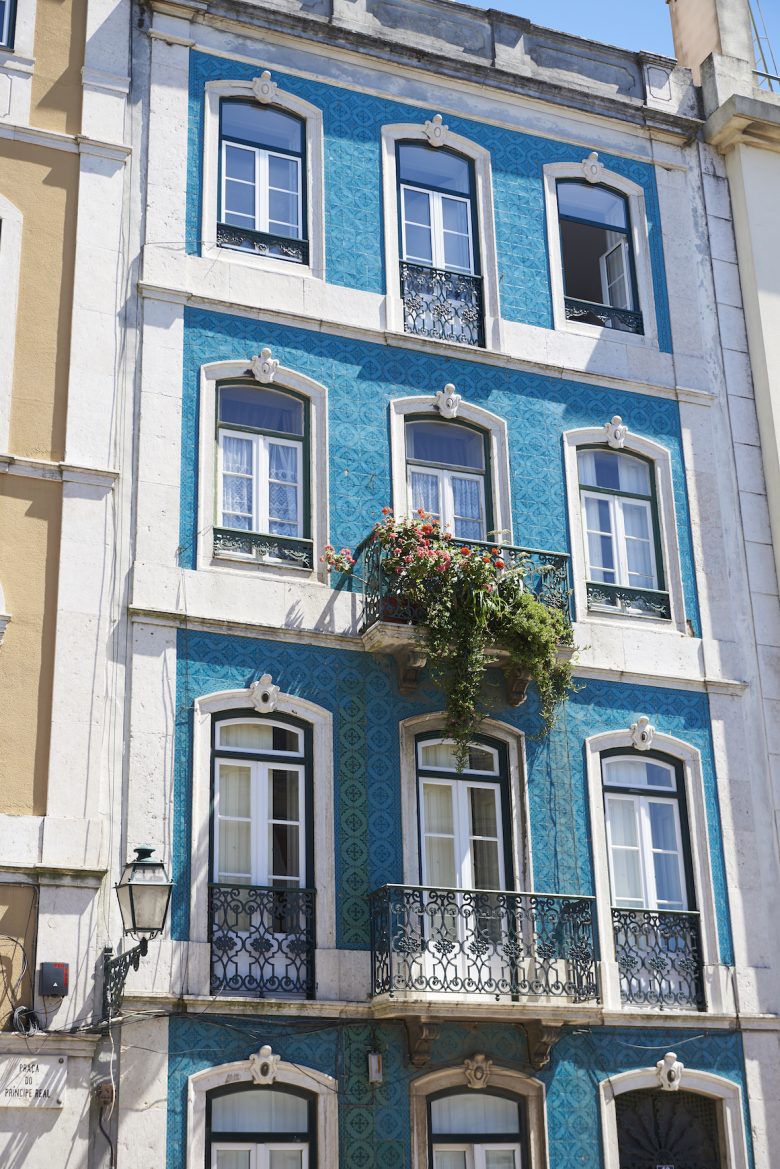 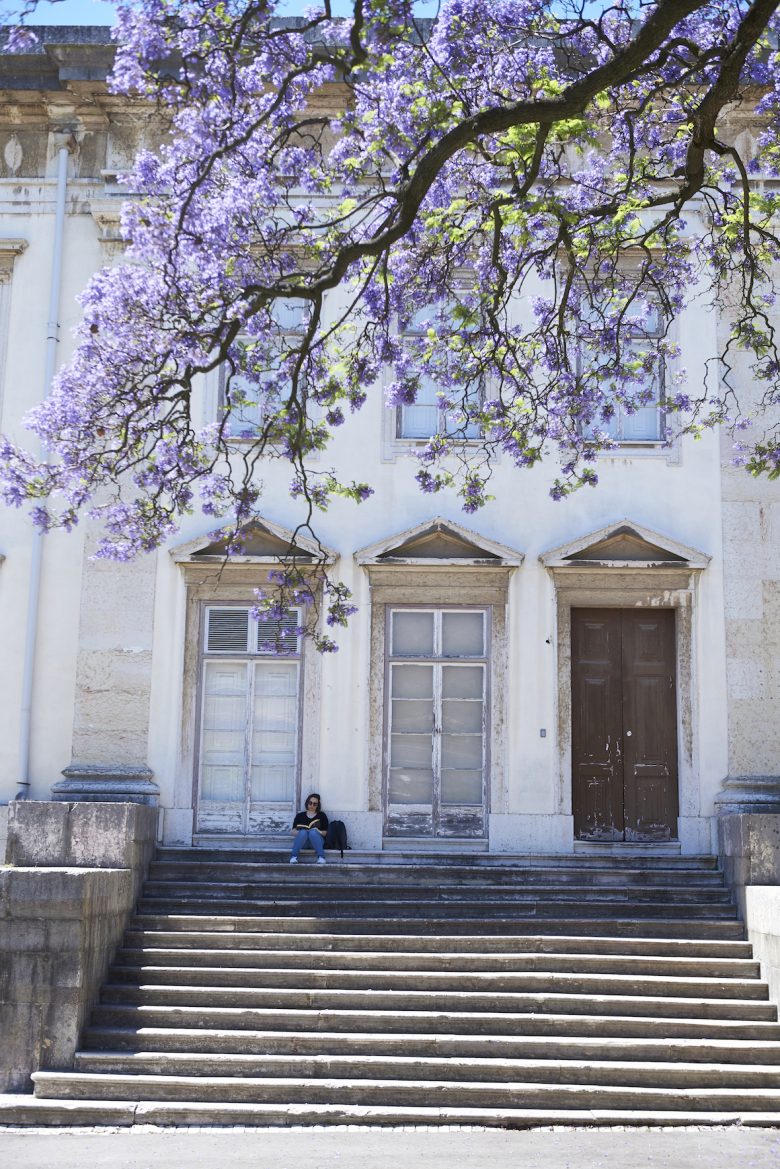 There was freshly caught lubina (sea bass) brought to the table for approval by the server who was also the fisherman, or a new variation on bacalhau (cod), or an impeccably grilled half chicken or the wonder of the potatoes—even a plain boiled potato is magical there. But if a trip to Portugal is not in the cards, or you visited and want to recapture the magic, the Portuguese community on Long Island can make it happen.

This community, centered mostly around Mineola, boasts authentic bakeries and restaurants that take you there not just in flavor but in spirit. It’s not just the food, it’s also the feeling of a European village, where the locals meet up for coffee and pastries or the guys get a solid workman’s lunch at the bar or the family celebrates a graduation.

The Portuguese were established in Newark and moving into Mineola by the 1930s, but many more came in the 1970s aftermath of a dictatorship that left their economy in tatters. They were welcomed to America by the Immigration and Nationality Act of 1965. Thanks to family connections and to factories offering work, Mineola became the heart of Long Island’s Portuguese community. About 14 percent of its population is of Portuguese descent (according to the 2010 U.S. census around 56,000 Portuguese-born and 147,400 descendants live in the metro area), and it has three Portuguese community centers, an annual parade, a soccer club and, coming soon, a Miss Portuguesa USA franchise.

If a trip to Portugal is not in the cards, or you visited and want to recapture the magic, the Portuguese community on Long Island can make it happen.

Where there is community, there is food. And so concentrated in Mineola, but radiating out, you can experience both the flavors of Portugal and that village feeling where everyone knows each other, any time is a good time for a coffee and conversation, and serving good food is a sacred responsibility.

The place to start is Bakers of All Nations on East Jericho Turnpike, where for more than 30 years the pastéis de nata—a traditional rich egg custard in a nest of flaky pastry invented by monks who needed something good and profitable to do with the yolks after they used the whites for starching their robes—has been a huge draw, along with the broa, a dense corn and rye flour bread cataloged in Slow Food’s Ark of Taste.

But don’t go and just pick up your baked goods and leave. Order an espresso and an assortment of pastries, sit down at a table and join the community.

“They did my wedding cake and that was 30 years ago, “ says the warm and voluble Paula Rego, who started as a secretary 20 years ago and is now co-owner with baker João “John” Malheiro, formerly of Cardinali Bakery. We sit with tall thimbles of espresso and sample bola de Berlim—a sweet sandwich of Bavarian cream—and pastel de feijao—an almond, coconut and white bean filled tart that is sweet-but-not-too-sweet. We try to talk, but friends and family interrupt to say hello, to catch up, to tell a journalist what they love about the place.

“In Portugal everybody goes to the café two or three times a day to have an espresso and a pastel,” says Rego. “Here at Bakers it is a way to de-stress from the day and relax a little, separate yourself.”

“And then go back to America,” adds John Malheiro with a laugh.

Among the visitors is Eliezer Reyes, who lived in Baldwin before moving to Spain. Whenever he’s back on the island, he stops by. “This place creates an embrace,” he says. “You come here every day and you see the same people and you get to know each other.”

Go to Bakers of All Nations for the pastéis de nata—traditional rich egg custard in a nest of flaky pastry. Keep going for the great, European vibes. 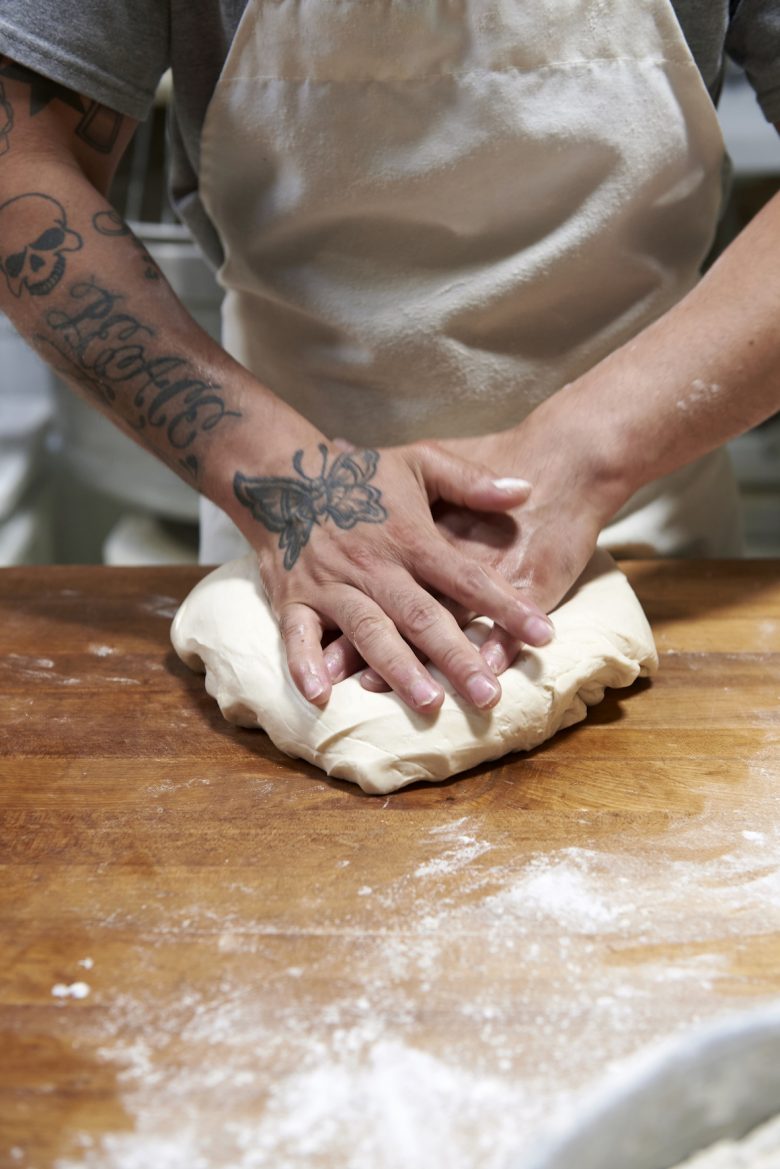 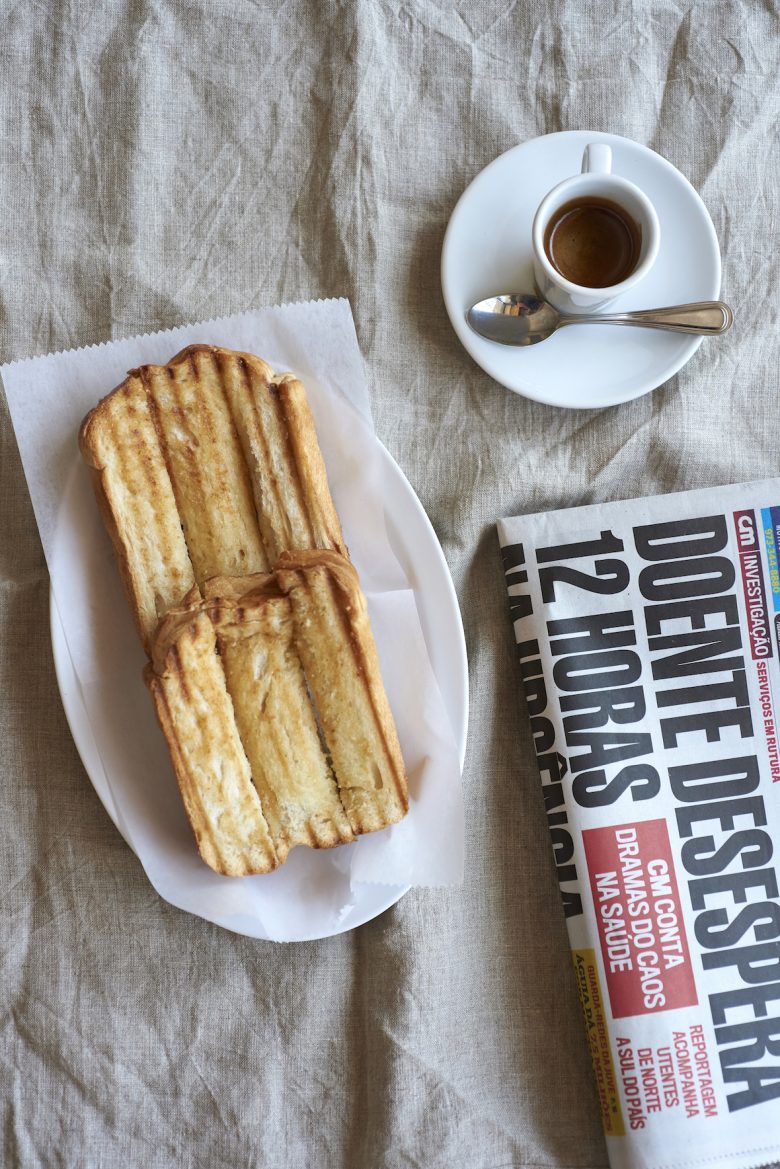 Another regular, Maria João, who is originally from Lisbon, comes every morning at 6:30 a.m. for coffee on her way to work and then again on her way home. “As soon as they see me in the morning they put my order on the counter because they know I am in a hurry,” she says. “This place makes you feel welcome. You come here and talk about your things. And everything is delicious.”

When owner Rego wants a full Portuguese lunch, she heads to Port Cafe, a few miles south on Jericho Turnpike in Garden City Park. “It’s not pretty, but Joe’s food is the real thing,” she says.

Okay, so it looks like a dive bar. But at lunchtime Port Cafe is packed with Portuguese workers on lunch break, tucking into big plates of luscious grilled squid, fried sea bass, slow-cooked rooster and rice, red kidney beans, broccoli rabe, potatoes. They are having a beer or a glass of wine—just one; it could be any small town in the Old World. The TVs are set to Portuguese news and soccer, and the conversation stretches across the bar and tables in Portuguese and Spanish. This is where real people eat. And, there is actually a much prettier dining room in the back.

Owner Jose Luis “Joe” Henriques Araujo’s story is like many in this neighborhood. He came to New York from a little town called Barcelos in 1974 at the age of 11 with his parents and five siblings. All eight lived in an uncle’s basement for a year. The parents worked in local factories, buying a house in Mineola around 1976. Araujo began working in restaurants at 14, working up from dishwasher to the line. Finally, 22 years ago, the Port Cafe location came available and his brothers helped him remodel.

At Port Cafe, “the TVs are set to Portuguese news and soccer, and the conversation stretches across the bar and tables in Portuguese and Spanish. This is where real people eat.”

Today, he gets as much of his fish as possible locally. “I work with a local captain,” he says. “I go out with him a couple of times a week myself. The regulars ask for whatever fish I bring in.” Must-tries include the classic clam and chouriço (sausage) and mariscada, a simmering pot of shellfish with bread from Bakers of All Nations to sop up the goodness.

On the other end of the scale is Lisbon Cafe on Westbury Avenue in Carle Place. Opened four years ago by the prolific Swiss-trained Agrippino Ferreira—he is no longer associated with Lisbon Cafe in Jericho—this is an intimate, white tablecloth restaurant with a sophisticated bossa nova and fado soundtrack. Every broth, every stock, every sauce is made with care in-house, so the fresh, clean palate that marks food in Portugal is clarion clear here. The polvo a lagareiro is one of the best grilled octopus dishes around. The octopus is cooked with a high flame, resulting in a deep char and a toothsome chew, the garlic is deep and mild, the peppers sweet. Just as in Portugal, whole tentacles curl dramatically around potatoes and roasted peppers. Don’t try it at home, says chef Ernesto “Rafael” Ayala, who learned his craft from Ferreira over the last 12 years. “I have tried it myself,” he says. “But it never comes out the same. Here at the restaurant I can take the flames way up high. You just can’t do that at home.”

Over in East Meadow, A Taste of Portugal is at the center of an emerging Portugese neighborhood. Armindo and Leonilde Silva from Coimbra in Central Portugal serve classic dishes in a setting straight from the old country with a majestic wood bar and hand-painted Portuguese tile. Armindo Silva, who landed at JFK at 21 with no English, no family and no friends, made his way to Newark then Mineola through restaurant jobs (he returned to Portugal to marry and bring back Leonilde soon after) and honed his craft as executive chef of the Woodbury Country Club before opening in 1999.

This is where I fell in love with bacalhau a bras: shredded salt cod, julienned potatoes, onion, egg and parsley all brought together with olive oil into salty, comfort food supreme. Everyone loves it, says owners’ son Pedro Armindo. “It’s simple, no crazy ingredients. Just someone who probably 300 years ago went into the kitchen and took cod and eggs and potatoes and decided to make a dish of whatever was at hand.” 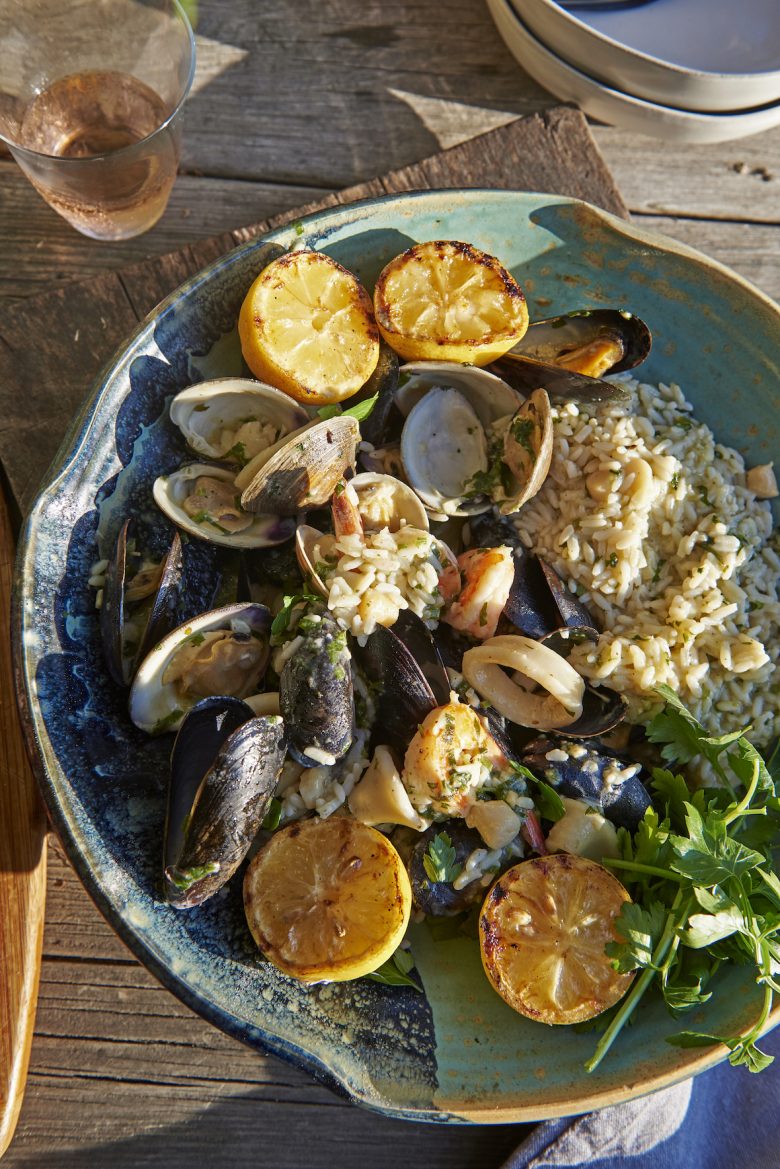 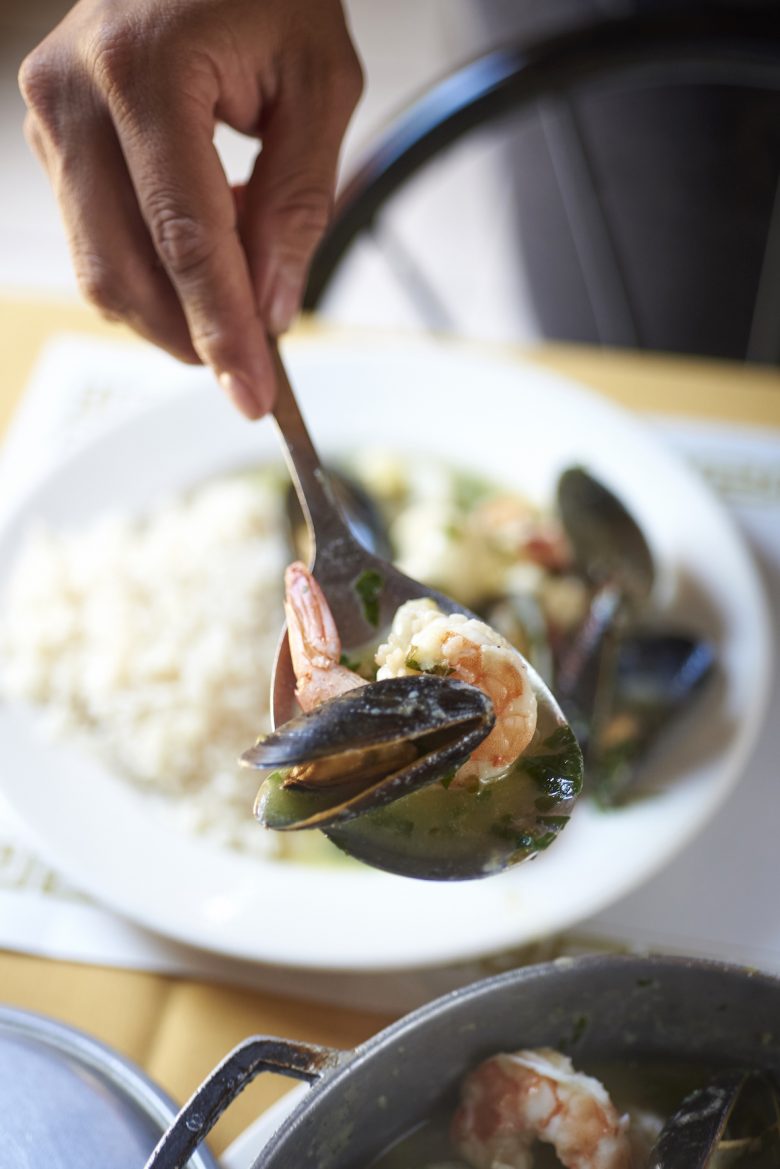 Pedro Silva reminds me that not all is seafood in Portugal. His favorite dish is carne de porco alentejano—a pork, chouriço and clam dish with onion, garlic and red pepper. My son loves the hearty bife a casa, shell steak topped with ham and a fried egg. And when they offer rabbit stew, I am all in.

The ultimate in Portuguese meats may be rodizio, an all you can eat meat feast that originated in Brazil, colonized by Portuguese traders in the 1500s. Meat and poultry—picanha (sirloin), short ribs, sirloin, beef cubes, turkey wrapped in bacon, chouriço and more—are seasoned then grilled over wood charcoal on oversize skewers, which are brought out of the kitchen one after the other and pulled off the rods onto your plate over and over until you say stop.

At Churrasqueira Carvalhos Rodizio Restaurant in Bellmore, owners Roy and Elizabeth Carvalho—who worked in Roy’s parent’s restaurant, Churrasqueira Bairrada in Mineola as teenagers—have staked out new territory right on Sunrise Highway. They serve an over the top rodizio with all the simple yet beautiful sides you expect from Portuguese food: abundant greens, sauteed broccoli and carrots, seasoned rice and remarkably tasty french fries. But if you want something a little more understated, their frango grelhado—grilled chicken—is as emblematically Portuguese as any dish on Long Island. Juicy on the inside, just a little bit crunchy on the outside, seasoned with a secret marinade that is just spicy enough, it is quietly perfect.

I can hardly wait to get back to Portugal and its dramatic coastline, fantastical castles, hospitable people and, of course, incredible food. But in the meantime, I can get my bacalhau/octopus/grilled chicken/chouriço and my old-country fix any day of the week, by stepping into the world of Portuguese Long Islanders keeping their culture alive in the United States.