On the North Fork, Repurposing Food Waste Is a Community Effort

This article appears in Summer 2019: Issue No. 27 of Edible Long Island.

A community of farmers, brewers and chefs take an old adage—“waste not, want not”—to heart.

In and around Southold, repurposing food waste is a “community effort,” says Peter Treiber, of Treiber Farms.

When 2,000 pounds of carrot pulp came to Treiber Farms in Southold from Matchbook Distillery, six miles east, Peter Treiber fed some of the largesse to his chickens, and shared some with fellow poultry farmer Abra Morawiec of Feisty Acres. The remainder of this stupendous load of food waste he put on his compost pile, destined to fertilize the berries he will raise and sell.

The 59-acre farm that Treiber works with his sister and a few summertime farmhands was established by his father in 2014 and stands as an example of distiller-to-farmer-to-table cooperation. “It’s a community effort,” says Treiber.

Fourteen acres are in fruit trees and berries grown with the compost made on the farm from vegetable scraps donated by local brewers and restaurants, including Greenport Harbor Brewing in Peconic and Green Hill Kitchen in Greenport. Fifteen cattle graze on another 42 of the Treiber Farm’s acres, a partnership with Acabonac Farms, a company that leases farmland on the North and South Fork to sustainably raise grassfed cattle for meat.

On a cool damp spring morning, a few days after the avalanche of carrot pulp, Treiber was only halfway through gathering eggs when he saw he was going to need a bigger basket. The hens were ramping up production. The entire chicken operation—rolling coops, waterers, even some of the birds—were recycled through a sort of yardbird-sale; bought off a Cutchogue farmer getting out of the chicken business.

Garbage is an expensive, intractable problem on Long Island, and the imperative for East End producers to recycle as much as they can is good business. In 2018, Greenport Harbor Brewing used 596,686.87 pounds of grain to make beer, according to founder John Liegey. “Spent grain is definitely the majority of the waste that we produce,” he says. The first time Liegey saw spent grain from their brewing process being offered to North Fork farm animals, it made an impression. “It was an interesting sight to see all the buffalo (at North Quarter Farm) charging toward the truck,” says Liegey.

Tom Hart, who runs Deep Roots, a diversified farm less than three miles east of the brewery, is happy to come pick up a load from the huge container of warm, wet spent grains that Greenport produces every day they brew. “The chickens love it fermented, and the pigs are okay with it if they get it the same day. When you add whey from a dairy farm, and mix it with the spent grain it’s just about the perfect pig feed.”

“All the pulp [from juice scraps from the juice bar at the Giving Room] stays in,” says Hart. “The chickens just love it.”

Hart also gives pulpy juice scraps from the juice bar of Giving Room in Southold to his poultry. “All the pulp stays in,” he says. “The chickens just love it.” This year Hart is looking to increase the use of food scraps by setting up a booth in front of the farm for customers to drop off compost, coffee grounds and animal scraps to supplement the diet of their pigs and chickens. Through a friend working at Wickham’s Fruit Farm in Cutchogue, Hart was able to score squeezed pulp from the apple cider processing last fall.

Reusing something from one farm to help grow something on another only happens in a communicating community, and the small to medium farms and agriculturally dependent businesses between Aquebogue and Greenport are increasingly partners with each other in reducing food waste and improving food quality.

Even farmers who can’t accept gleanings from non-organic farms because of their organic certification, or spent grains because they can affect the taste of the milk in dairy animals, follow best practices of composting and reducing food waste within their own operation by reusing and sharing with other farms.

The web of connection and cooperation between East End farmers, producers and food suppliers is symbiotic. 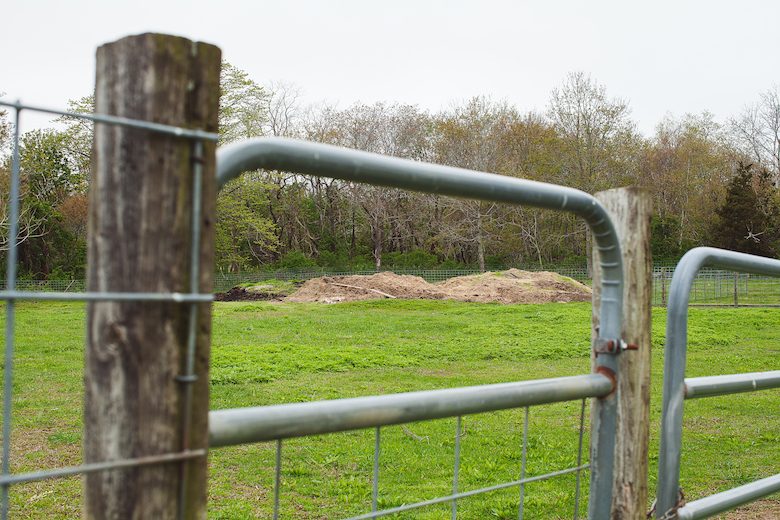 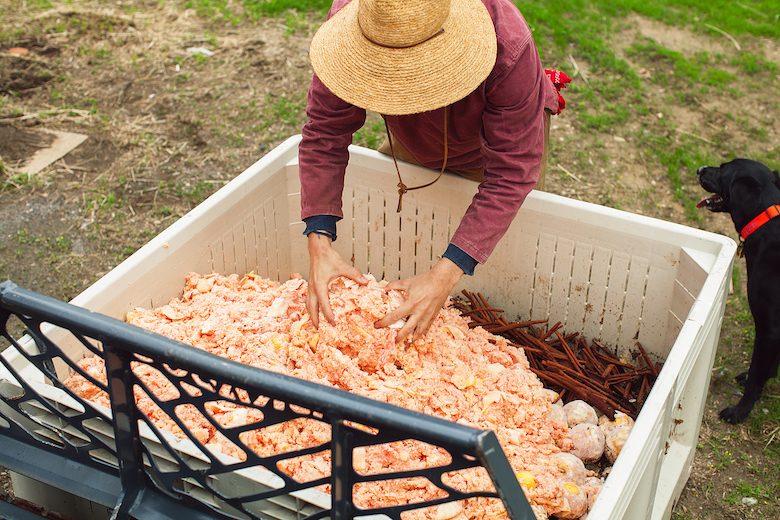 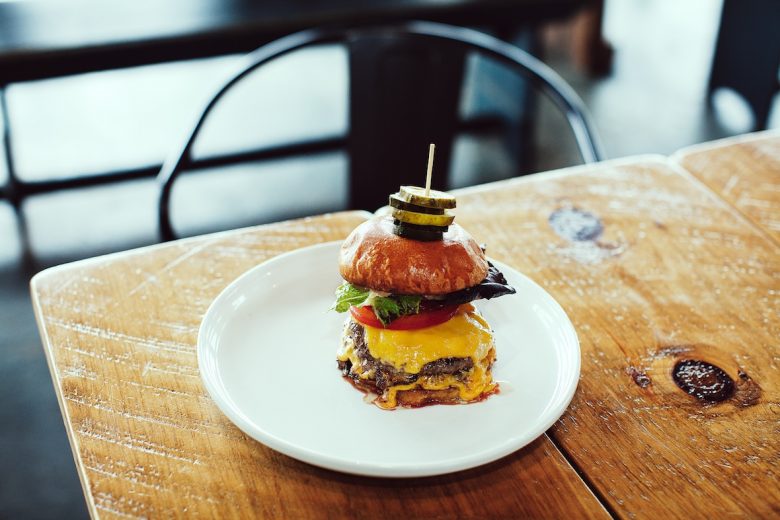 The award-winning cheeses of Catapano Dairy Farm in Peconic depend on the quality and consistency of the goat and sheep’s milk, so Karen Catapano says she does not feed her animals any spent grain or botanicals from the distilling process lest it affect the taste of the milk. Instead, the goat bedding, manure and sheep manure that is the farm’s primary waste goes into the compost pile to be digested by microbes and used on the farm, and any excess whey from cheesemaking goes to the pigs of Catapano Farm in Southold and 8 Hands Farm in Cutchogue.

The web of connection and cooperation between East End farmers, producers and food suppliers is symbiotic. “It definitely takes effort, and timing,” says Lucy Senesac, post-harvest manager at Sang Lee, an 80-acre certified organic farm in Southold. Her job is to examine and sort what they grow and to figure out what should be done with it.

“Half of my job is managing waste,” says Senesac. “Farms that sell to grocery stores are under pressure to have everything be exactly the same size, but for us, it’s being in touch with our consumers, and being able to communicate to them, ‘It’s not bad, it’s just different’ from what they see wrapped in plastic in the grocery store.”

An educated consumer is the first step, but when tender tomatoes start to liquify in the heat of summer, no amount of education can save them. “We have a compost pile to dump stuff that went rotten in the cooler,” she says. “Nothing goes to waste in terms of food.”

“We have a compost pile to dump stuff that went rotten in the cooler,” says Lucy Senesac, of Sang Lee Farms. “Nothing goes to waste in terms of food.”

When it comes to post-harvest food waste, Sang Lee Farm is a universal donor, since any farmer is delighted to feed their animals or enrich their compost with certified organic vegetables.

A few miles east of Sang Lee, Abra Morawiec collects food scraps such as asparagus ends and stale bread from Wednesday’s Table in Southold to nourish her game birds. Morawiec, who is as effective at scavenging food as the turkeys, ducks, quail and partridge she and her partner, Chris Pinto, raise for meat and eggs, asked Senesac last year if Sang Lee had any food scraps for the birds.

The answer was yes, and it led to a regular Thursday pickup of farm scraps. Senesac said one day last fall, a pile of watermelons that “got thuddy” went to the Feisty Acres turkeys, and later Morawiec presented her with one of those birds, completing the recycle of growing, giving and gratitude. “We cooked it for Thanksgiving,” says Senesac. “It was delicious.”