One Keg at a Time, Riverhead Is Rising

This article appears in Spring 2019: Issue No. 26 of Edible Long Island.

Following ‘the Patchogue model’ made famous—and profitable—by Blue Point Brewing Company’s success on the Great South Bay, Riverhead emerges as a craft beer destination at the mouth of the Peconic River.

When Matthew and Lauri Spitz, a husband-and-wife team originally from the Islip area, decided to open a brewery together in 2012, they knew precisely what they wanted to make: independent beer with intention, purpose, love and ingenuity. What they didn’t know, or particularly care about, was the precise place they were going to make it.

“We just started looking around, and at the time there really wasn’t a lot of craft brewery space available, zoning-wise,” says Lauri. “So we started calling people. Every town was another story. ‘A brewery? We don’t know what to do with that,’ or, ‘We’re not interested in introducing something like that to our town.’ We were like, ‘Whoa, let’s pump the brakes, guys. This isn’t going to be a bar or nightclub. This is a tasting room.’ And still, we met a lot of resistance from most towns.”

Finally, Matthew and Lauri found what seemed like a suitable space in Bellmore. They began working on a lease with their lawyer and the property owner, but ultimately it didn’t work out. And then Hurricane Sandy hit. Suddenly everyone—from property owners to town officials—had bigger things to worry about.

“So we did what any couple would do when their dream was temporarily placed on hold: We went to Long Ireland to drink,” laughs Lauri. “Dan [Burke, one of the brewery’s co-owners] had become a friend of ours by that point. So we walk in and Dan is there. He knew what we were going through and he said, ‘So, are you looking for a job?’ We laughed, had a beer together, and left.”

They didn’t make it very far before Burke called them and asked them to turn around.

“I was like, ‘Did I leave something behind?’ I thought I must have left my wallet or something,” says Lauri. ‘And he said, ‘No, just come back. The town supervisor of Riverhead is here and wants to meet you.’”

When Matthew and Lauri arrived back at Long Ireland, Sean Walter, Riverhead’s town supervisor at the time, was there—as promised—to greet them.

“So I hear there’s another brewery coming to town,” he said. And then, over the following days, weeks and months, he and the rest of the Town of Riverhead did everything they could to help make that actually happen.

From a “sketchy, yellow warehouse” to this: Moustache Brewing’s tasting room is a far cry from what it was when it first opened.

“They made it very easy for us,” says Barraud. “They had packets already together, like, ‘So, you wanna open a brewery?’ And they told us everything we needed.”

The town, then, was settled. All Barraud and Van Bourgondien needed next was the actual space.

An abandoned building on Riverhead’s 2nd Street, just a couple of blocks off Main Street, proved just what they wanted and would need. The town rezoned the building to help get the brewery started, “so that it was zoned exactly as if it were on Main Street,” says Barraud.

And just like that, another vacant building became a business. North Fork Brewing Company will celebrate its one-year anniversary this spring. 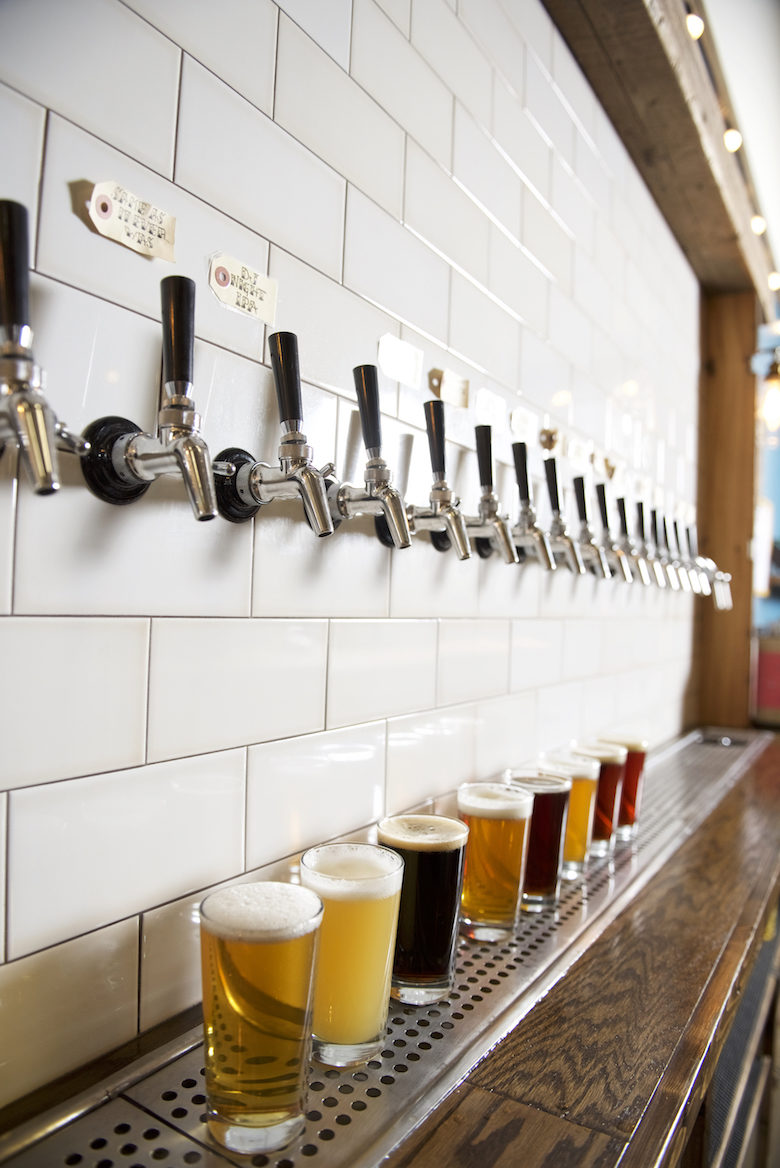 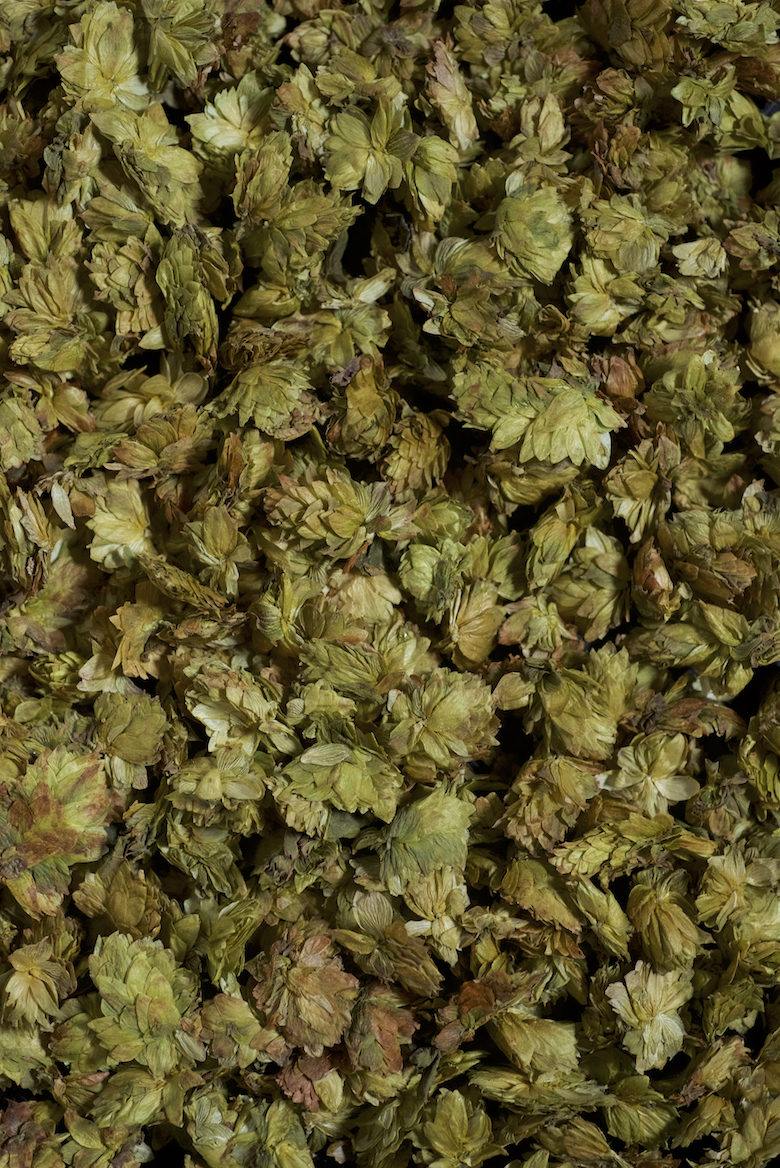 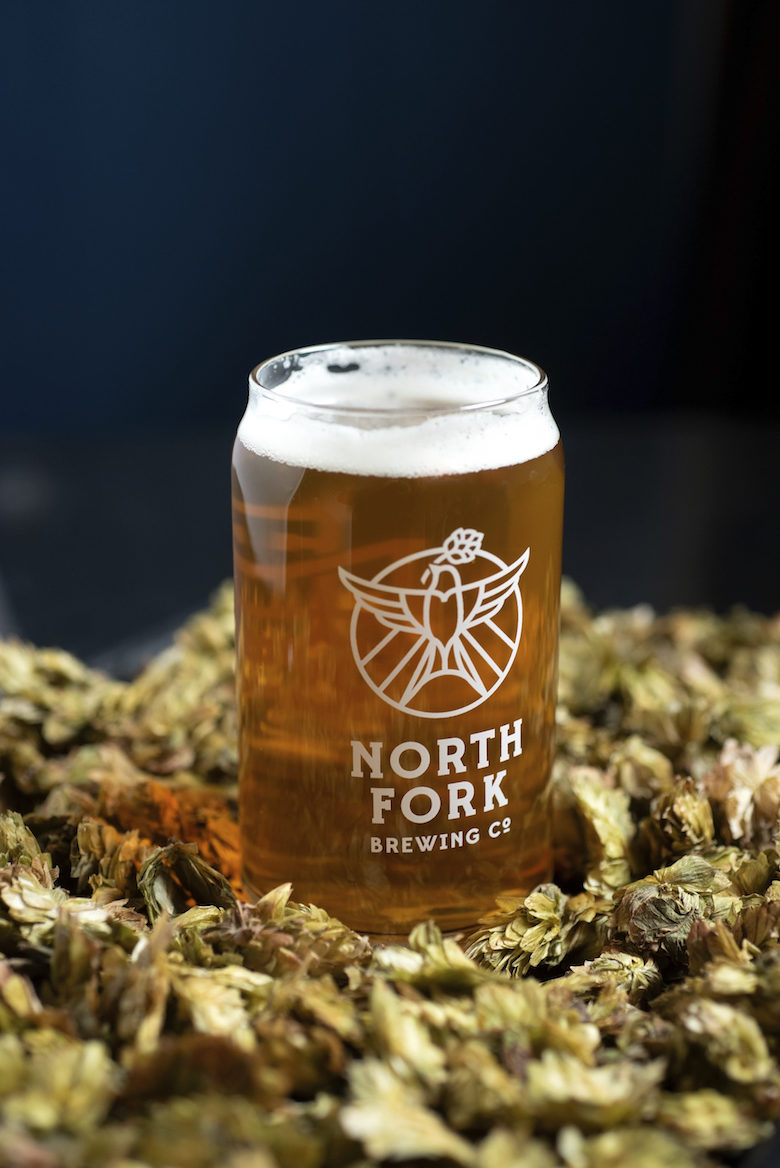 Now, lest you begin to suspect that Riverhead town officials just really love craft beverages, imagine instead that this is what leadership looks like when people elected to office really just love their town.

Riverhead was not always so obviously loveable. Like many downtown areas on Long Island, its Main Street was blighted by vacant buildings for decades, and enjoyed a less-than-stellar reputation for crime, racism and relative poverty. Its beautiful waterfront and green spaces were largely undiscovered; if non-locals made the trip to Riverhead at all it was to visit the Tanger Outlets, spend a few hours there and leave.

And then, from 24 miles away, town officials began to see something happening in once-similar Patchogue. The South Shore town, previously plagued by economic inactivity, was transforming. BrickHouse Brewery opened there in 1996; Blue Point Brewing Company quickly followed in 1997. The wheels of progress began turning.

“In the late 90s, Patchogue was a far cry from what it is today,” says Blue Point founder Mark Burford. “It wasn’t a desirable area at all. But because Patchogue was trying to get back on track, they were very welcoming to businesses. They really were trying to get jobs in place. So they cut through a lot of red tape to help us get started. We were able to do things much faster in Patchogue than we would have been able to anywhere else.”

Just as exciting as Blue Point’s success story, however, is the story of how Patchogue itself has risen alongside it. While the town still has much room to improve in terms of caring for its community of immigrants and creating affordable housing solutions, Patchogue’s once-deserted Main Street now teems with excellent and exciting bars and restaurants. The town’s summer street fair series—Alive After Five—draws upward of 25,000 people to its Main Street every time it hosts an event.

“Patchogue is a great example of private business and government partnership,” says Burford. “I truly believe that [Patchogue mayor] Paul Pontieri and the village really have set a model. They had a vision and they stuck to it over a long period of time and that created a success in Patchogue.”

The “Patchogue model” is something Riverhead has been hoping to replicate since welcoming its first craft brewery, Long Ireland, to the area in 2010.

“[My business partner, Greg Martin, and I] had seen the revitalization of Patchogue firsthand,” says Long Ireland’s Dan Burke. “We had worked at Marran Oil when it was still in Patchogue, so we watched as it went from being a less-than-desirable place to something really special, thanks to BrickHouse and Blue Point. We felt like Riverhead was ripe for that same sort of thing.”

Long Ireland will celebrate its 10th anniversary this spring, having spent nine of its 10 years on Pulaski Street in Riverhead.

“It was a hard fight at first,” says Burke. “It took a lot of convincing. There were people who were set in their stubborn ways and were just resigned to the fact that Riverhead was going to be this blighted area. But now, these same people have changed their tune. This is a nice place.”

It’s also become something of a destination. In the 10 years that Long Ireland has been in business, Riverhead has become home to four additional breweries: Crooked Ladder, Moustache, North Fork Brewing and, soon, Twin Fork Beer. A local tourism industry has sprung up alongside them. Brew Crew Cycles, a group bike-and-brew tour company, opened in Riverhead in 2014. The Preston House & Hotel, a boutique hotel with an acclaimed in-house restaurant, followed in early 2018. More than a few great bars and restaurants have popped up in all the years in between.

Long Ireland will celebrate its 10th anniversary this spring. 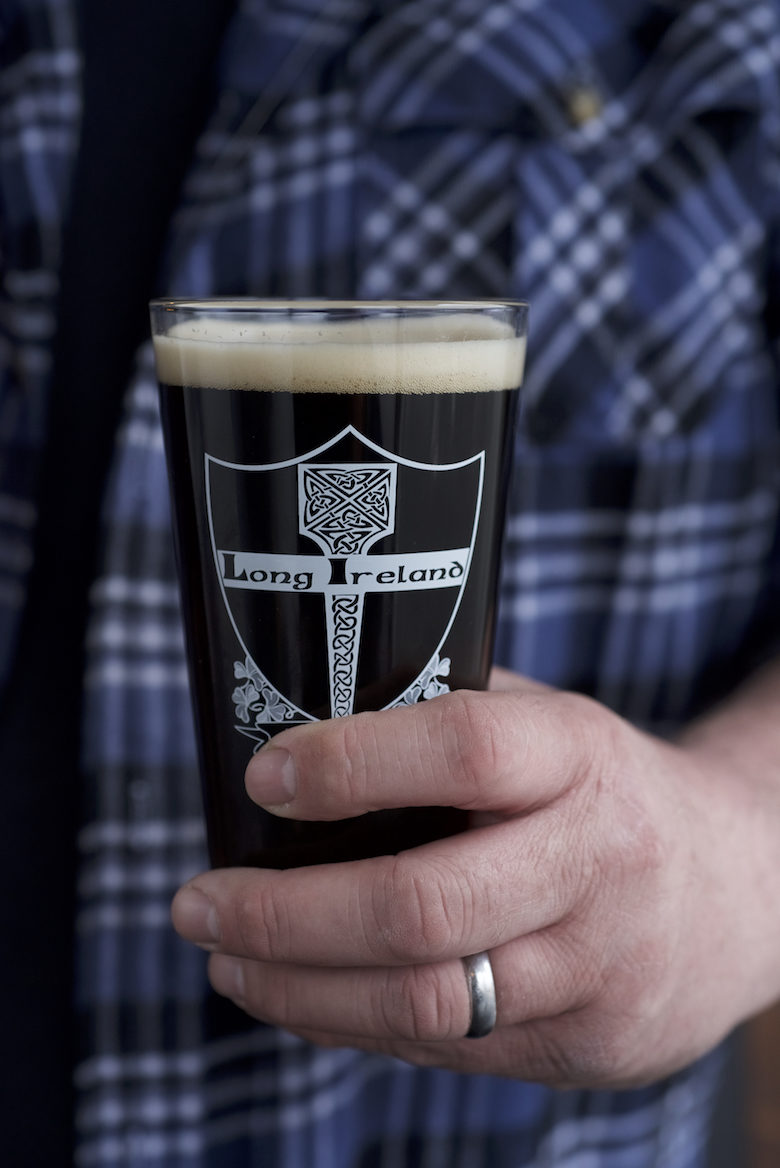 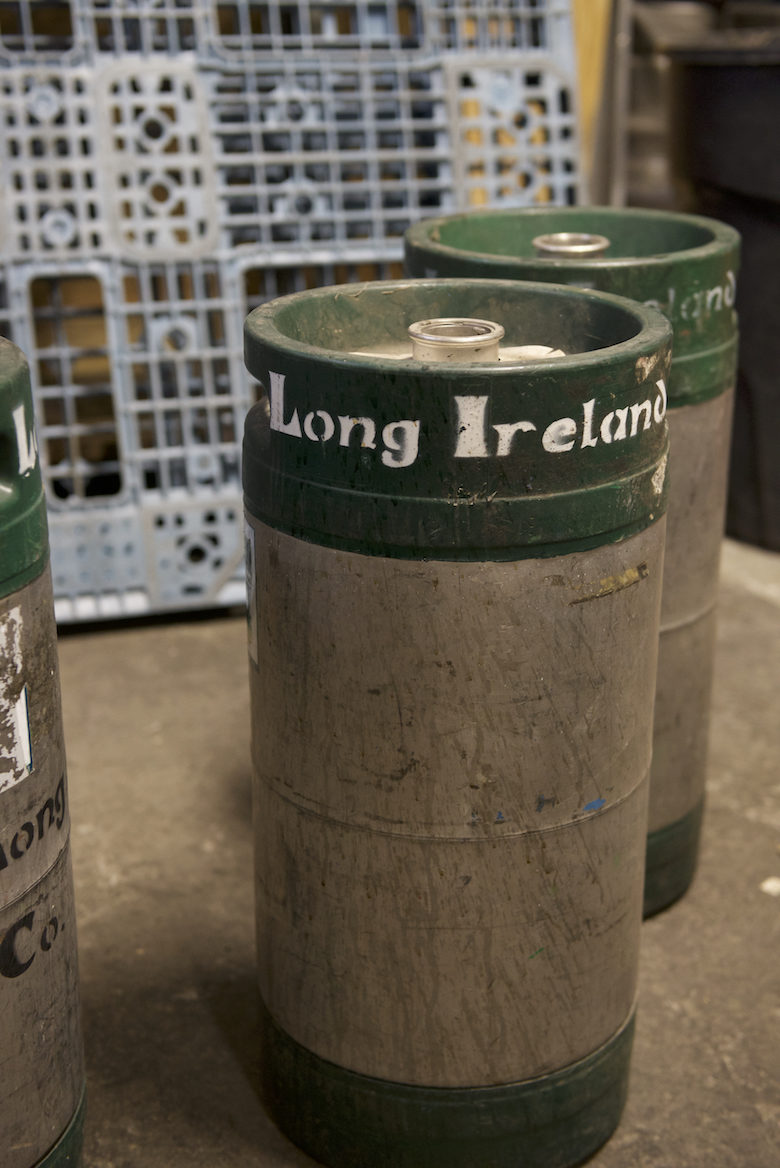 “Here’s what happened: Riverhead rightfully recognized themselves as an historic downtown with a lot of potential,” says August Ruckdeschel, East End projects coordinator at the Suffolk County Department of Economic Development & Planning. “And they’ve been welcoming to the types of businesses that help people realize just how much a town has to offer.”

“So we mapped everything,” says Ruckdeschel, “and one thing immediately jumped out: There is something amazing happening in Riverhead right now.”

“The Patchogue model,” they realized, is working.

“There is something amazing happening in Riverhead right now,” says August Ruckdeschel.

“Years ago, people knew downtown Riverhead as one thing,” says current Town Supervisor Laura Jens-Smith, Sean Walter’s successor and the first woman to hold the job. “For many years, stores had shut down and closed. So to have new stores, restaurants and, of course, breweries attracting new people to our area is everything we’ve worked so hard for. Because we know that once people come down and realize everything that’s here, they’ll get as excited about it as we are.”

Behind the scenes, Jens-Smith and her team are working to ensure that these visitors and their excitement will not come at the expense of locals and their ability to remain in Riverhead.

“We’re one of the few downtowns that have affordable housing,” says Jens-Smith. “All of the apartments downtown, in fact, are affordable housing. We’re trying to get a mix of housing that reflects our community. It’s a very complex issue, but it’s one that we’re all incredibly conscious of. For revitalization to work, we know that everything has to be in unison between local government and small businesses. But we know that small businesses generate and give back so much to the community, so we’re doing all we can to support them and trusting that we can handle the rest.”

And so another example of how a rising tide lifts all ships emerges at the mouth of the Peconic River. Back at Moustache Brewing, Matthew and Lauri are thoroughly enjoying the ride.

“Since the day we arrived in Riverhead, it’s been such a beautiful experience of community and bringing people together,” says Lauri. “People come into our tasting room not knowing anybody, or being new to the area, and the beer just connects them. We’ve seen it happen so many times.”