What to Drink (And Where) This Holiday Season on Long Island

Because Christmas lights aren’t the only things that should get lit this time of year.

If you haven’t yet downed your final bottles of rosé and stocked up on Montauk Brewing Company’s orange cans of pumpkin beer, the clock is ticking: Winter arrives soon, and with it, new spirits and new cocktails to keep the season as cozy as possible. The colder months are not just about stouts and hot toddies anymore, but coquito, coconut-fat-washed oat whiskey, and an entire craft cocktail holiday wonderland to go visit.

Whether you want to go out for a drink, stir one up yourself at home, or just crack open a beer, there are local watering holes and makers creating just the right gift to make you forget all about the beach. 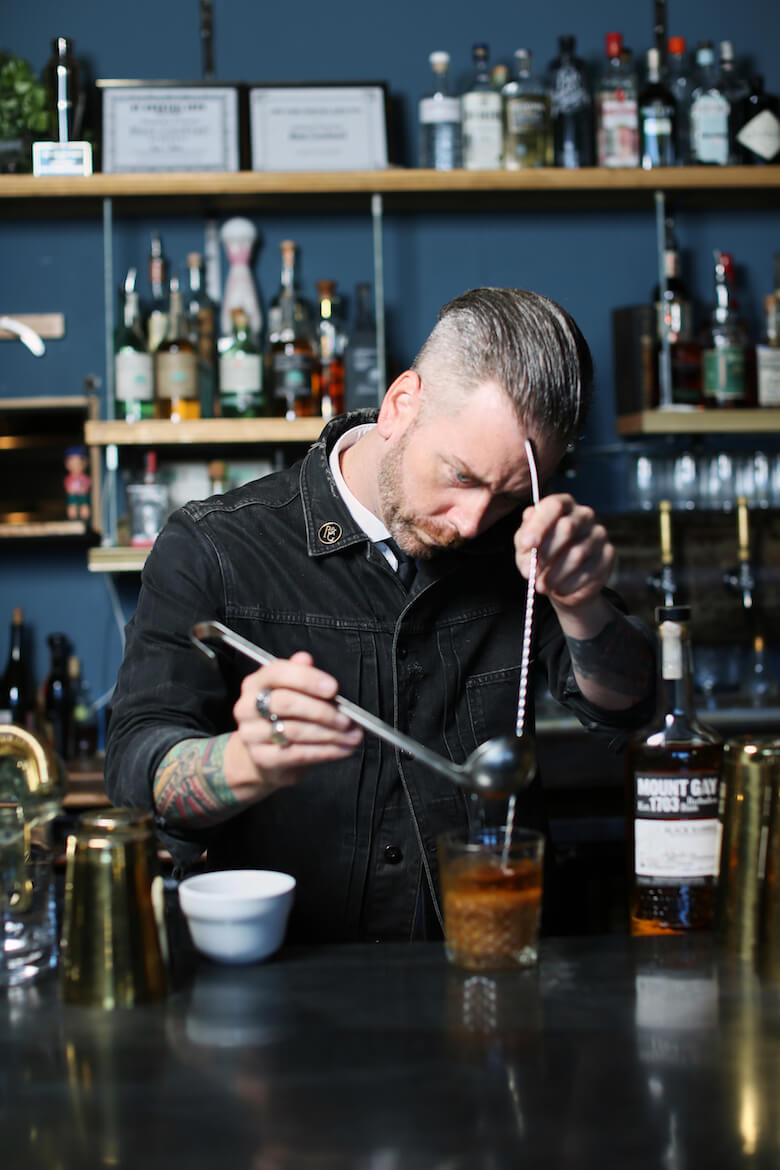 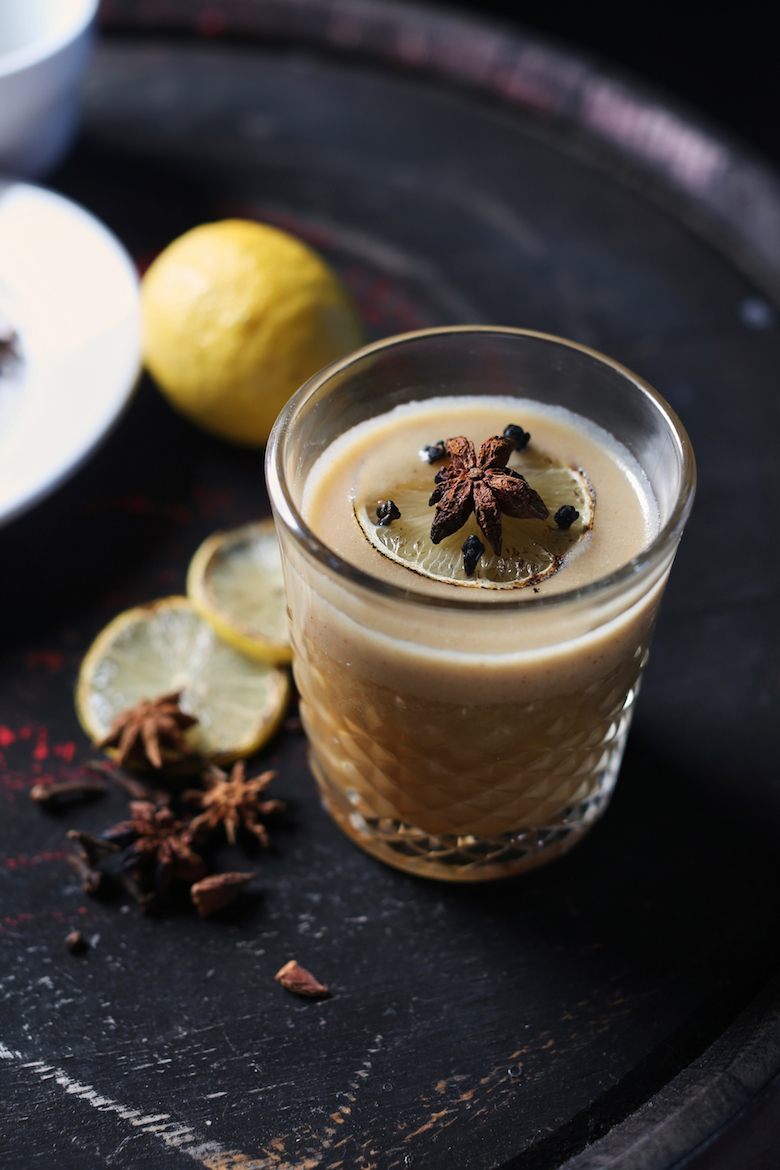 This update on the sports-bar model serves a shockingly modern menu of cocktails, focused on using well-made spirits, housemade ingredients and the latest techniques. For their winter menu, owner Frank Antonetti is most excited about their coconut-fat-washed Silver Western Oat Whiskey in a boozy new rendition of a classic. “Unaged Oat whiskey has some really clean and interesting flavors, and the coconut wash really plays well without overpowering,” he says. “I’m going to use it in an old-fashioned with all-spiced Demerara syrup and clove bitters.” 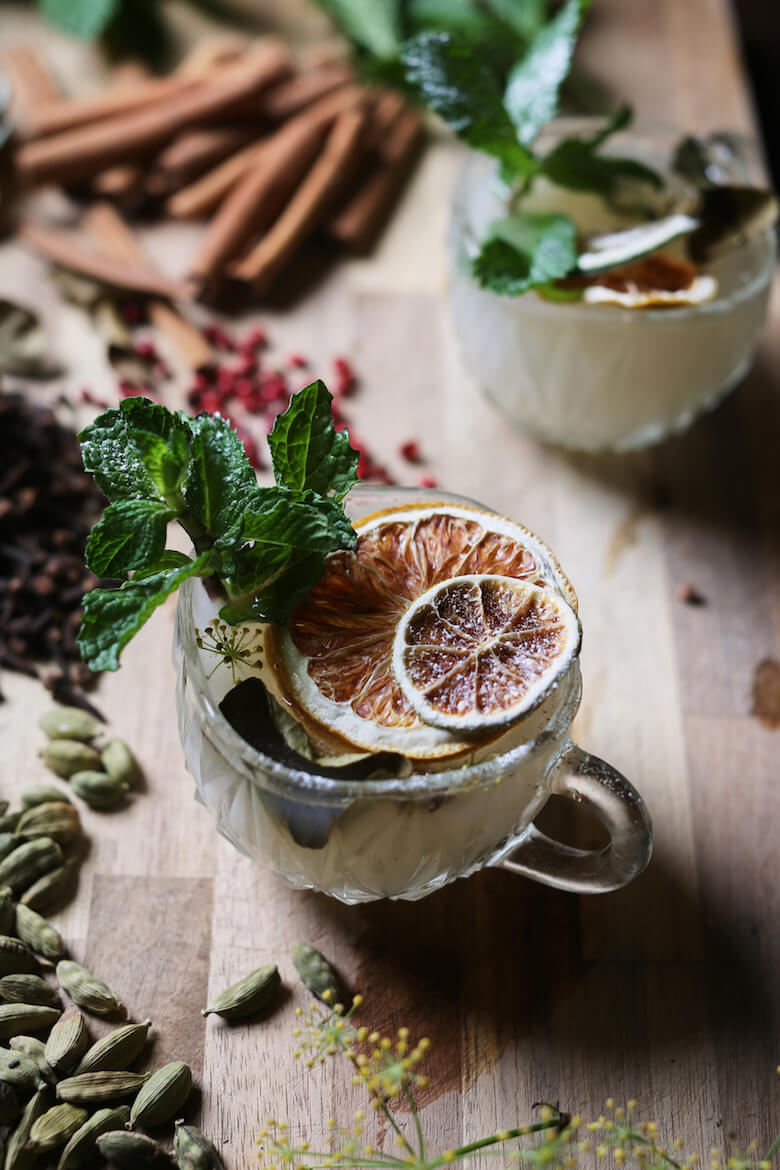 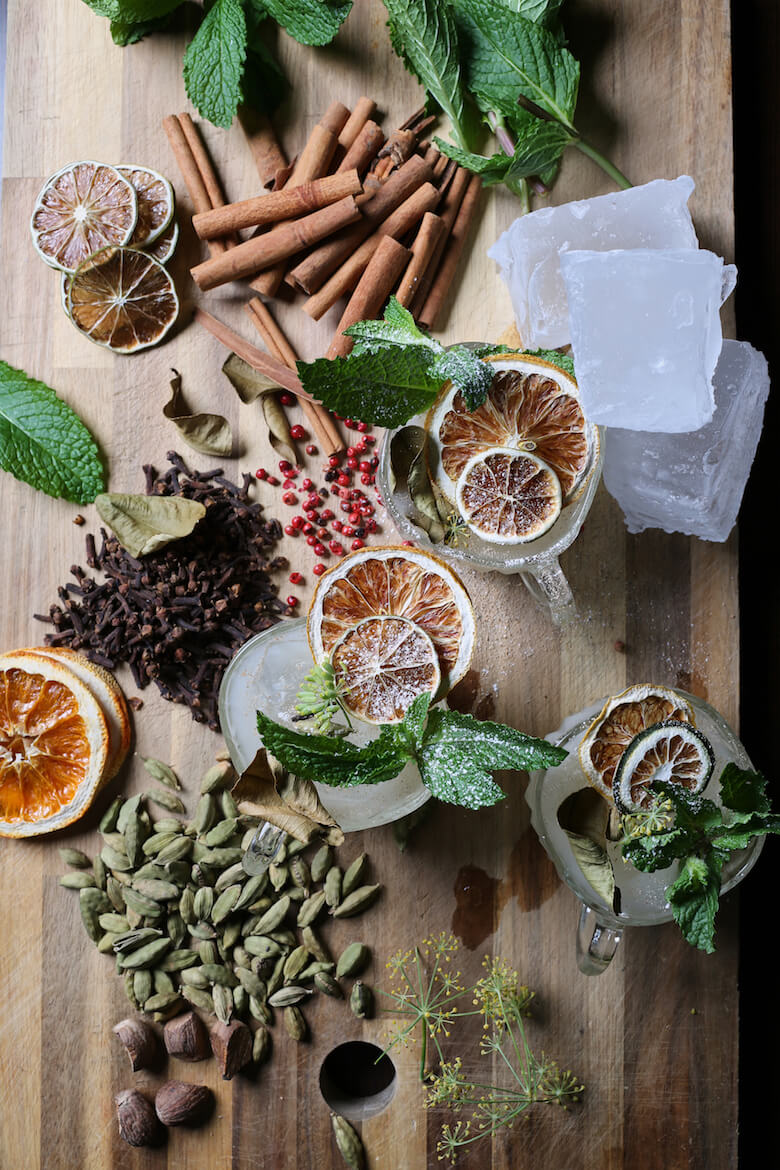 Wantagh’s resident cocktail wizard Jonathan Orlando has developed both an eggnog and a coquito, which is Puerto Rico’s official creamy, coconut-based Christmas beverage. These aren’t going to be as straightforward as that sounds, though: The eggnog will have Manzanilla sherry, California brandy and overproof rye. “I feel like they’re classic flavor-wise, with peppery, warm spices,” he says. The coquito, which he calls “out there,” will require simmering milk with mint and spices with coconut fat. They’ll both be served in mini-coupe glasses with grated nutmeg. For the adventurous, he’s also got some of last year’s eggnog that has been aging since last winter in the fridge, the flavors further developing.

A few years ago, Mace—a renowned bar in New York’s East Village—developed the Miracle Holiday Pop-Up, and it’s since gone global. This year, Long Island will have its very own tacky, glorious Christmas-Hanukkah pop-up as developed by Greg Boehm, Joanna Spiegel and bartender Nico de Soto. Cork & Kerry of Rockville Centre will be hosting the first Long Island edition, with owner Doug Brickel and his team serving up a set menu of wintry spins in wacky glassware amid a flurry of themed decor. 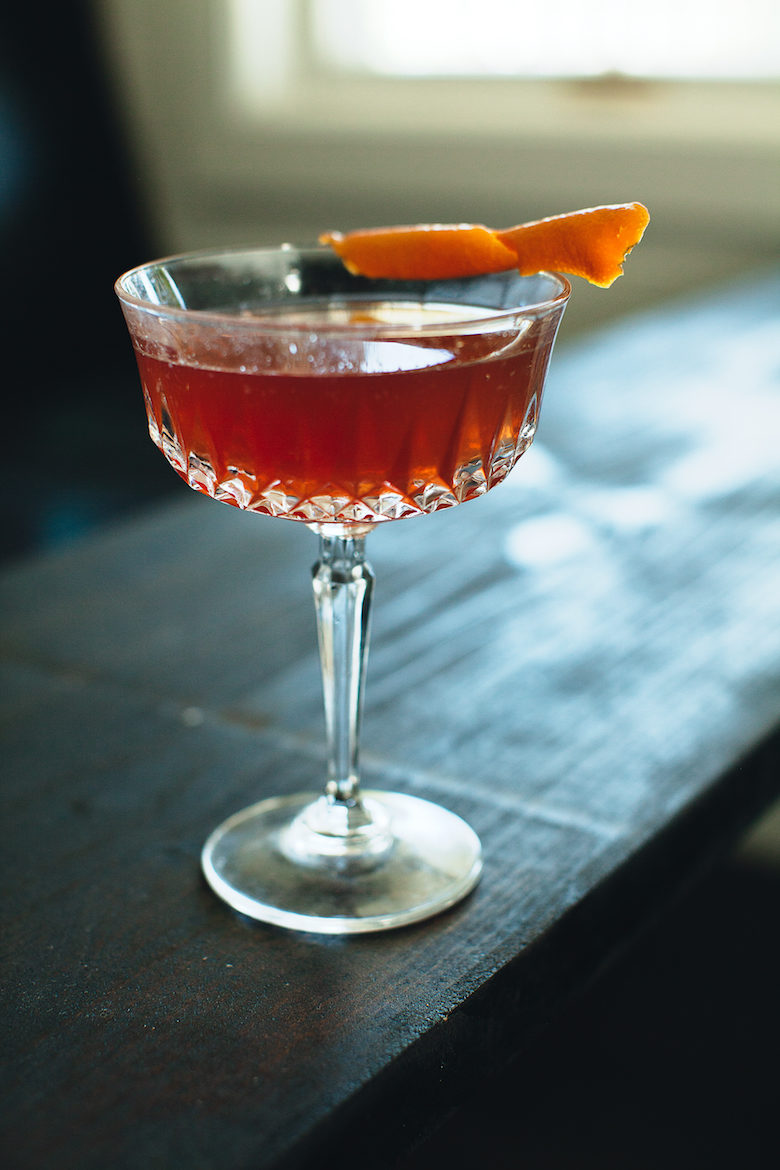 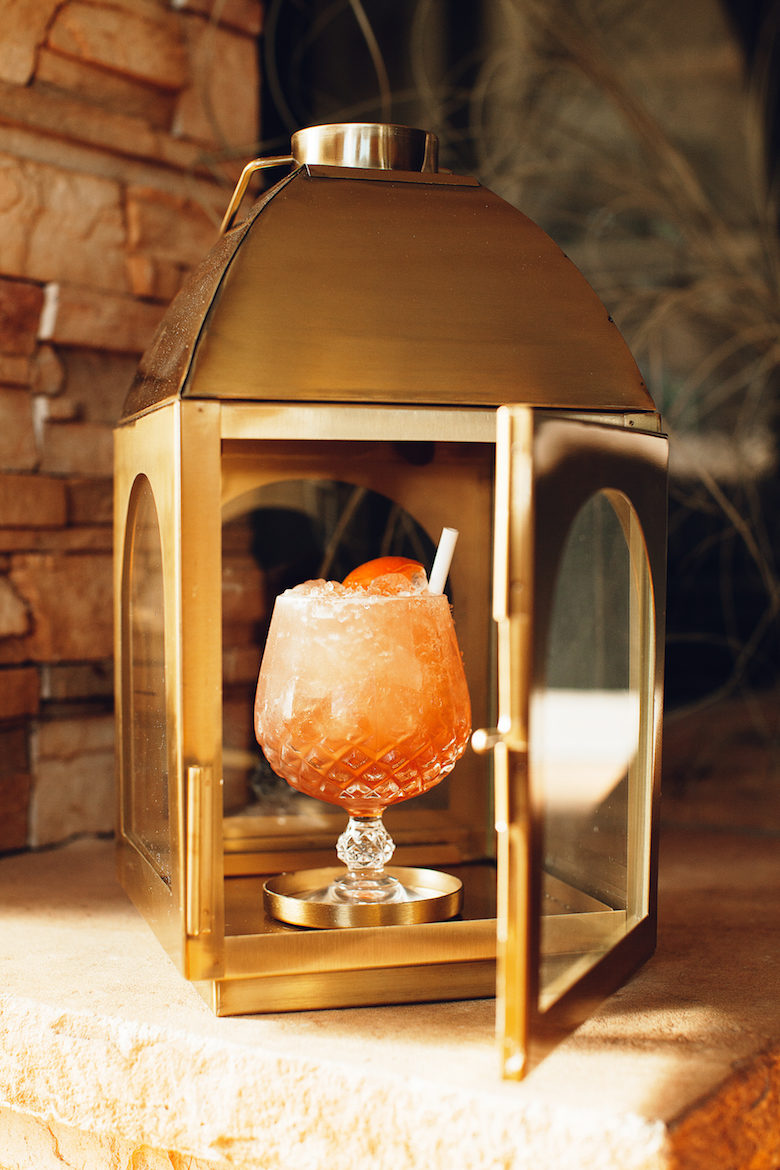 The winter ale by the Riverhead brewery features winter spices and a bit of hoppiness, with a 7.2 percent ABV perfect for a chill night in during the winter. Its red color, too, will undoubtedly add to your holiday cheer.

Head to the Lin Beach House in Greenport to try a cocktail built around this brew. Even if you’re coming from the westernmost part of Nassau County, we promise it’s worth the trip.

At the Bell & Anchor in Sag Harbor, their Le Boulevardier cocktail is made with Channing Daughters vermouth. • Photo by Lindsay Morris 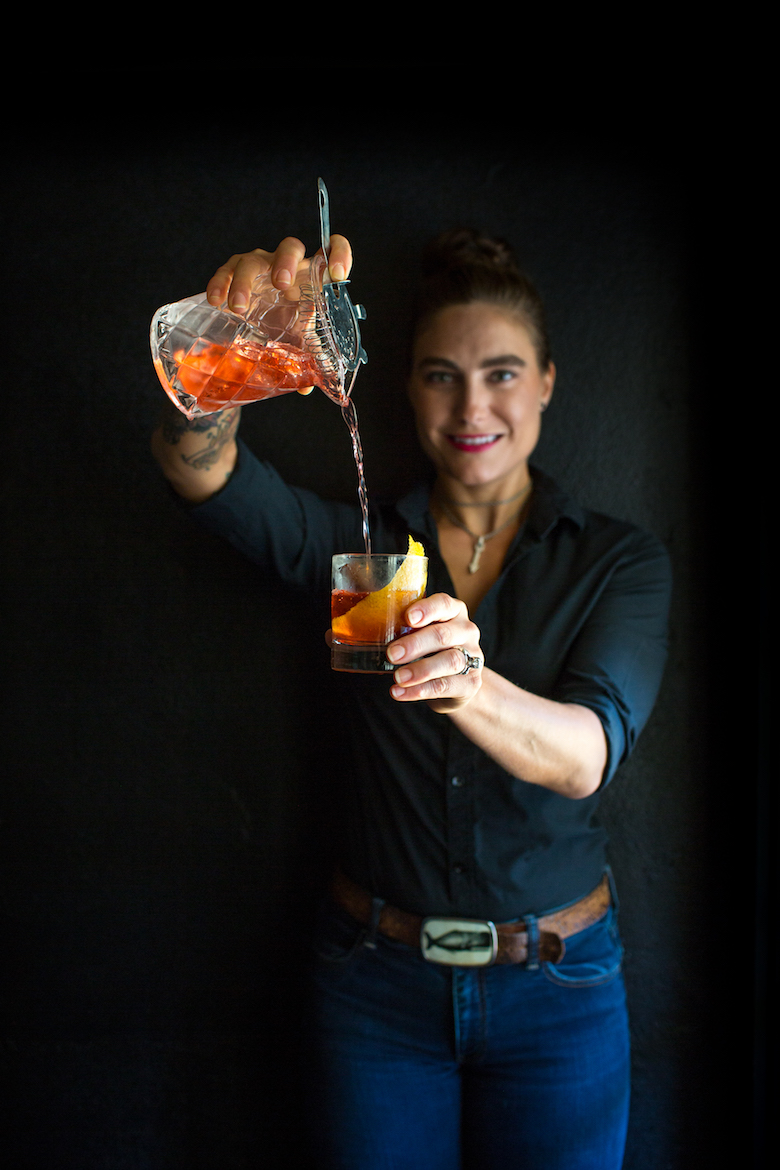 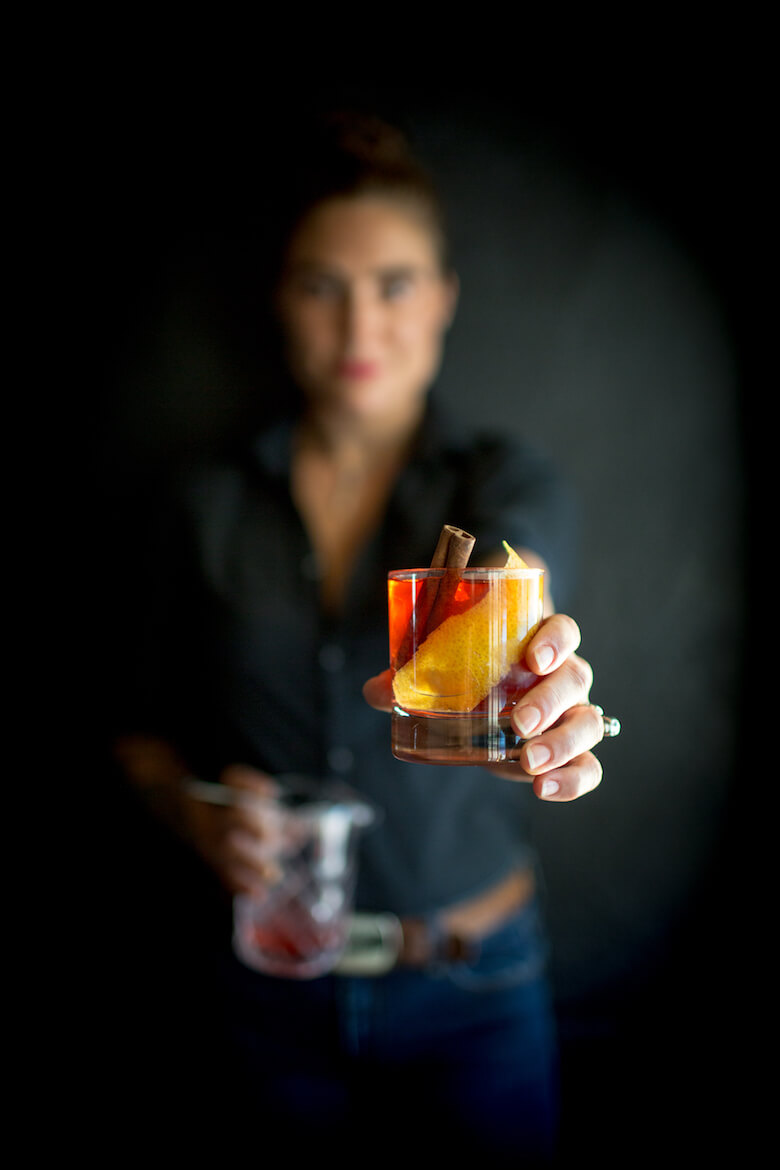 The winery based out on the North Fork has developed its own line of vermouths, a botanical, fortified wine. “We make six different vermouths,” Nina Channing says. “Each one is vinified with local botanicals—flowers, fruits, herbs, spices, honey—to create an aromatic profile that reflects both the terroir and local produce of the East End as well as the time of year. Each variation is unique, with a different base wine and different botanicals, and each roughly reflects a time in the growing season.” For colder months, she recommends Variation 6, the late-fall blend, which features a blend of their red wines aromatized with pumpkin, asian pear, apples, butternut squash, calendula, sage and borage; it’s been described as “Thanksgiving in a bottle.” While ripe for a Manhattan or Boulevardier, Channing recommends sipping it neat as a digestif after a big winter meal.