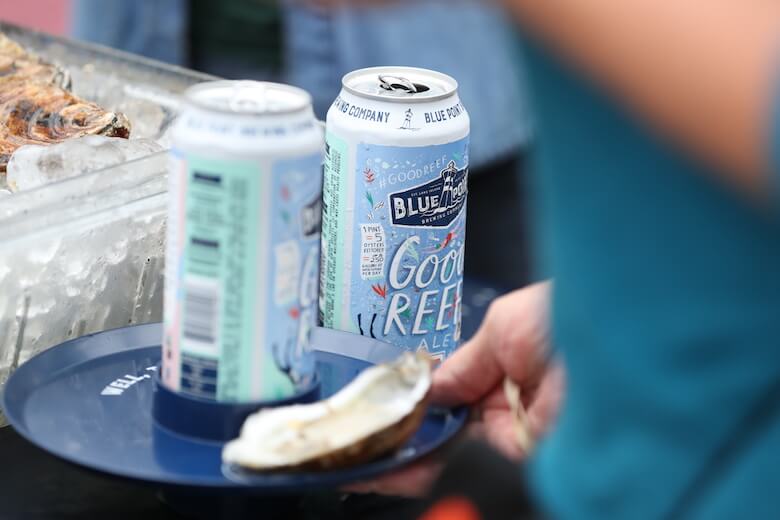 Two hundred and twenty thousand. That’s how many oyster reefs the explorer Henry Hudson navigated when, in 1609, he entered New York Harbor for the first time. These reefs, which fed the local Lenape people, formed an estuary in the Harbor, where a diverse array of marine species thrived.

But then came the industrial era, with its population peaks and debilitating waste. Three hundred years later, in 1909, the oysters that had once dominated Manhattan had been completely decimated. Poor water quality, the result of excessive pollution, had killed nearly every species in the Harbor, leaving it without sign of life. In 1948, the United States passed the first major law to address water pollution, the Federal Water Pollution Control Act. The Act was amended in 1972 and was later renamed the Clean Water Act. From that point on, it was no longer legal to dump waste and raw sewage into New York Harbor.

Of course, much damage had already been done in the intervening years, and it would take a major restorative act to repair what many viewed as irreparable. Still, 15 years ago, a group of optimists began the Billion Oyster Project, an effort directed at creating a clean, sustainable environment in polluted water spaces. As of 2018, 28,000,000 oysters have been restored to New York Harbor, filtering 19.7 trillion gallons of water and removing 72,500 pounds of nitrogen. Within the next two decades, the Project’s founders expect that one billion live oysters will have been distributed around the harbor, restoring it to its glory as the once-crowned “Oyster Capital of the World.” “There’s no reason New York City can’t be like Portland, Maine, where proximity and connection to marine life strengthens it as a cultural hub,” says Jennifer Ballesteros, the Project Communications Manager for the Billion Oyster Project. 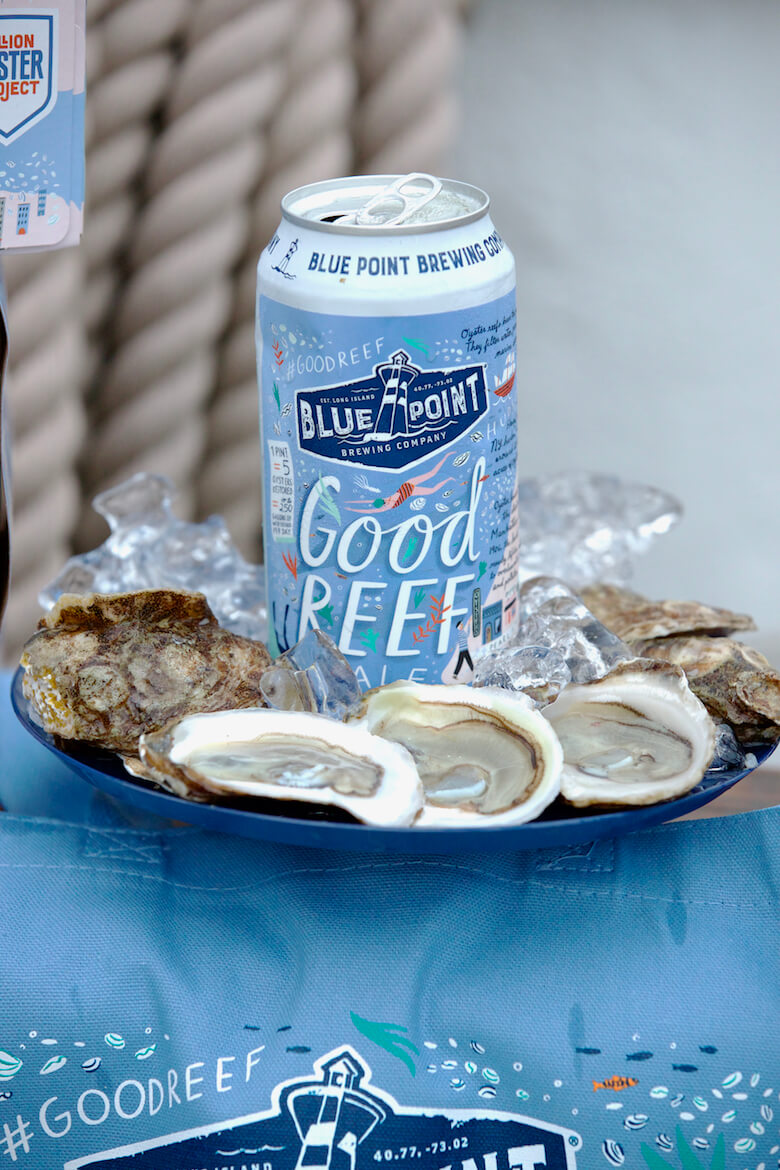 “Blue Point has a unique connection to oysters, being that the Great South Bay is in our backyard,” Blue Point Brewing Company Brand Manager Noelle Witt says.

The Project began as a collaborative effort between numerous corporate and government-based partners, and has expanded to include such outlets as Whole Foods, the New York City Department of Education, ExxonMobil, the Clinton Global Initiative, and Blue Point Brewing Company. Blue Point launched their partnership in 2018 and, on September 3, 2018, the Long Island-based brewing company released a new beer, Good Reef Ale; for every pint of Good Reef Ale sold, five oysters will be restored to Billion Oyster Project’s Community Oyster Reefs in New York City. “We’re honored to enter into a long-term partnership with Billion Oyster Project to help serve their goal of restoring one billion oysters to New York Harbor by 2035,” Blue Point Brewing Company President Jenna Lally says.

It is only natural that Blue Point Brewing Company, which takes its name from the Long Island town heralded for its Blue Point oysters, should have a vested interest in the project. “Blue Point has a unique connection to oysters, being that the Great South Bay is in our backyard,” Blue Point Brewing Company Brand Manager Noelle Witt says. “That has been part of our history since the beginning. Most of our employees grew up on the water. We wanted to get involved to help restore New York’s harbors to what they once were.” She describes the recently launched Good Reef as a “light, Belgian-inspired ale” that drinks clean and has a necessary effervescence to make it the perfect pairing with oysters. “We also add lime and grains of paradise,” she says, “which gives it some great complexity.”

Blue Point Brewing Company, along with members of the Billion Oyster Project, is helping to rebuild New York’s marine ecosystem, one oyster at a time. “We’re really excited to kick off this partnership and help support an organization that’s doing so much to restore New York’s coastline,” Ms. Witt says. We’ll slurp to that.