Yes, You Can Make Scotch Eggs on Long Island

This utterly British treat is easier to make than you might think. 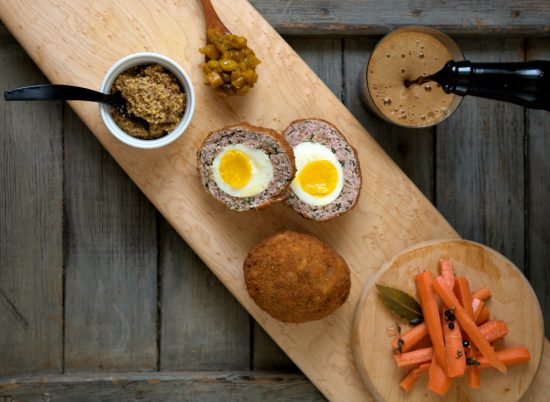 A Scotch egg is a hard-boiled egg wrapped in herbed sausage meat, coated in bread crumbs and deep-fried. Not exactly your cup of tea? Read on as you bloody well might fancy them by the time you get to Cameron Prather’s recipe.

Across the pond, Scotch eggs are a popular and portable snack food, commonly found in picnic baskets, Renaissance festivals and, in miniature (quail eggs), at cocktail parties. Served with a hearty mustard or chutney, they are also jolly good pub grub, just the thing to warm one’s belly on a blustery fall day. A one-time British staple, Scotch eggs fell into a bit of obscurity thanks to a wave of popular American eats (burgers, pizza, fried chicken and the like). Thankfully, what is old is new again as chefs all over Britain, and the world, are putting their own spin on Britain’s favourite bite: vegetarian, smoked, grilled, encased in cheese, duck meat or seafood. There are Mexican, Japanese, Dutch, West African, Brazilian and Filipino spins on this quintessential Anglo delicacy.

The origins of Scotch eggs are as foggy as a London morning. Fortnum and Mason, the posh London provisioner, claims to have invented the easily carried comestible in 1738 for its wealthy coach travelers. Others assert that this ultimate British fast food was inspired by the Persian dish nargisi kofta, hard-boiled eggs encased in spicy mincemeat. An equally plausible theory is that Scotch eggs, similar to Cornish pasties, were a poor farmer’s lunch, made from bits ‘n’ bobs and leftovers that were easy to transport.

Whatever the origin, Scotch eggs, served with porter mustard and winter squash chutney, are a smashing cold weather nosh. 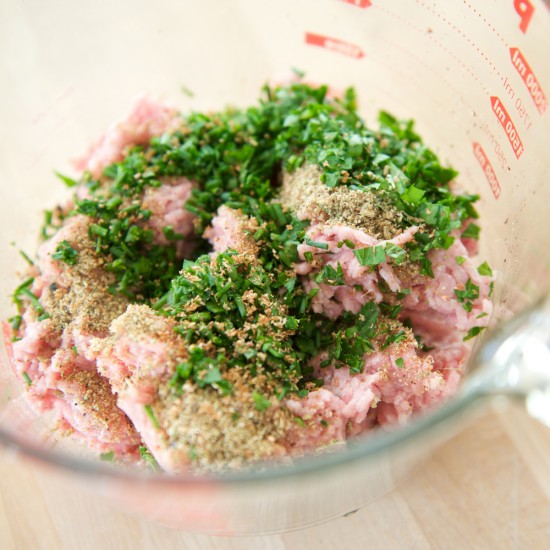 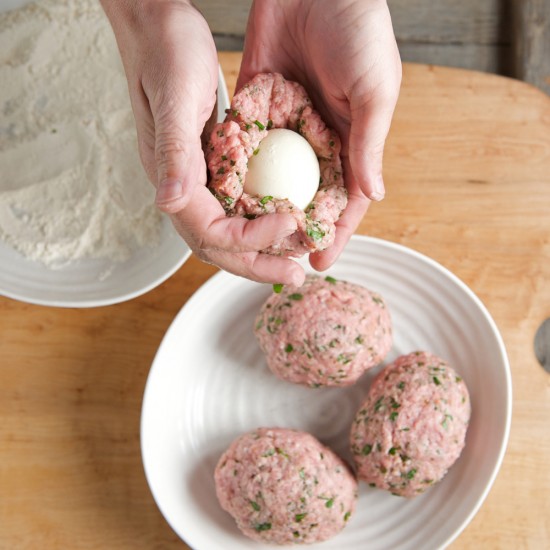 To make the Scotch eggs: 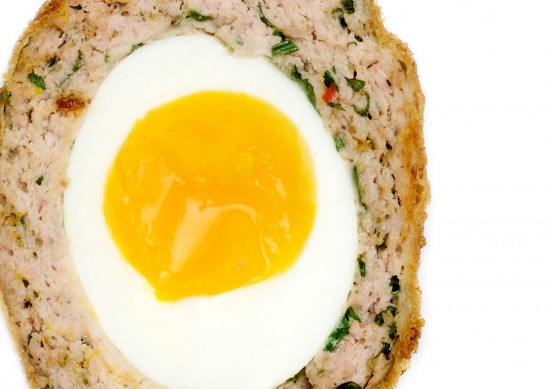 Cool the eggs slightly and then serve with your favorite mustard, some homemade chutney, a fresh green salad.

This story was originally published in September 2014.