This article appears in September-October 2017: Issue No. 20 of Edible Long Island.

I had wanted to visit Isla Holbox (pronounced hol-bosh) for years—ever since I read somewhere that it was like the “old Mexico,” which sounded laid-back enough. Since the island is almost entirely one large nature preserve, I figured mosquito bites would be the only downfall in exchange for relaxing and birdwatching on a beautiful, secluded beach where the Gulf meets the Caribbean. While researching where to stay and eat, my travel companion shared with me some blog buzz about a new restaurant called Luuma. All that Yucatán nature can make one hungry and thirsty, so my ears naturally perked up.

Created by the owner of the Casa Las Tortugas hotel, Francesca Golinelli (originally from Bologna, Italy), and executive chef Jorge Melul (from Buenos Aires), Luuma is a bar, restaurant and boutique all in one. Head chef Javi Navarro Garcia (from Valencia, Spain) and bar manager Eder Fraire (from Mexico City) round out the international team.

Conceptually, Luuma is very different from other restaurants on Holbox, and focuses on using local produce, fish and meats from local farmers with “everything, as much as possible, from the Yucatán” and presents it all tapas style.

“We wanted to bring something different to the Island,” adds Melul. “Small portions, so a group of friends can try absolutely everything on the menu.”

Recalling his early days in Argentina, Melul shares a food memory of his grandmother, mother and aunt who were “always in the kitchen,” a place where there was always one simple rule: “You either help or leave.”

This early, hands-on experience with food led Melul to open a restaurant, La Lunfardia, in Buenos Aires before moving to Mexico, where he would come to collaborate with Golinelli on the restaurant Mandarina in Casa Las Tortugas.

“I love simple food like my grandmother made in Valencia with local olive oil, but was inspired by Asian and Mediterranean cooking,” says chef Garcia. “Jorge and Francesca guided me to learn Mexican cuisine, with vegan and vegetarian menu options, for Luuma.”

Innovative cocktails like the ‘Kiss Me Frida’ (left); a Mexican Abuela pauses in the centro of Holbox (right).

Garcia “found his progression as a chef” after nine years in Ibiza. “A hard place to work,” he says.

He then started out in the kitchen at Casa Las Tortugas, where eventually he was asked to come on board at Luuma. Together with Melul and Golinelli, Garcia opened the restaurant and boutique in May 2016 from “nothing, a bare shell.”

Innovative cocktails pair with the tapas style menu at Luuma.

Sourcing local lamb for the tamales and terrine dish, Melul and Garcia decided on buying whole yearling lamb from a farm in Tizimin. The lamb is then cut (make that hack-sawed) into sections and marinated in wine and herbs in individual vacuum-sealed bags, then frozen or slow-cooked in boiling water for the night’s menu. This innovative, time-saving technique brings consistency in taste and portion control.

The large raised-level bar in front of the open tiled-wall kitchen is the heart of Luuma and highlights the restaurant’s beautiful decor. Mexican fishing-basket lights hang high in the center of the natural walled garden lounge, mixed with handcrafted tables and chairs and ornate umbrellas from Bali. Large wicker pendants and palms rustling overhead create a laid-back atmosphere that invites lingering. Luuma also has an obvious “familia” vibe among its staff and employs many locals, training them to be the best at what they do.

From Pork Belly with demi-glace and crispy corn (top row, left) to fish croquettes with salt and sour chia seeds (bottom row, right), Luuma’s menu has something for everyone. 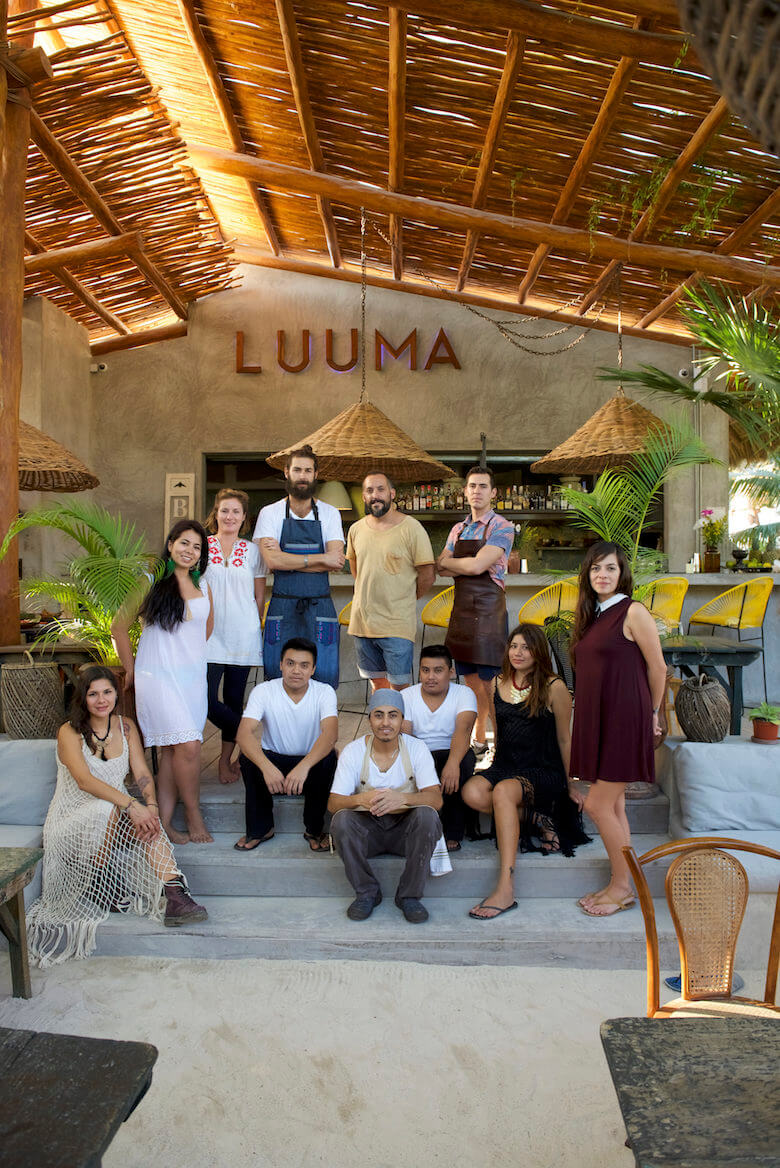 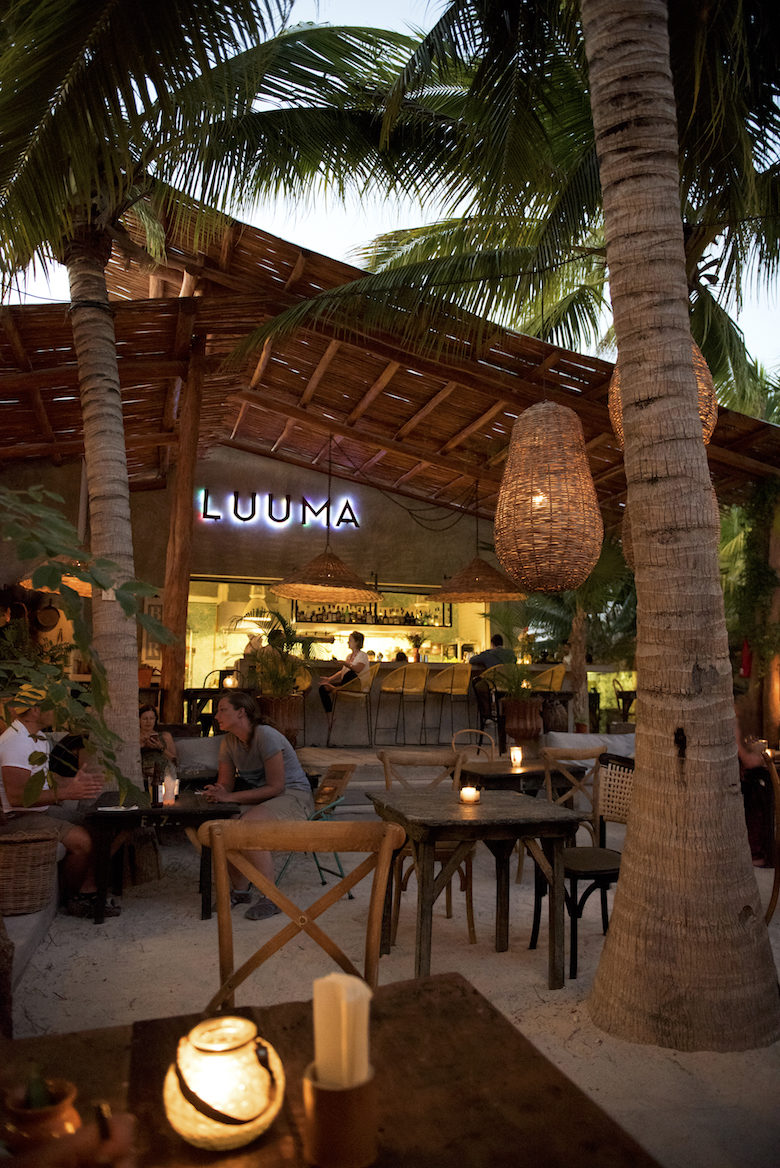 While the tapas menu offers traditional dishes such as plaintain, shrimp, cheese and basil empanadas, it’s the fish carpaccio in a leche de tigre sauce over a garlic and basil chicharrón that exemplifies the inventive menu at the heart of the restaurant. A beautiful wooden platter (designed by Garcia and hand-carved by an artisan in Vallodolid) of Mexican cheese and marmalade is perfect for sharing. An entire whole red snapper (caught locally and brought in daily) roasted in the stone oven passes me on the way to a happy couple. I begin to realize how “trying everything on the menu” is not just suggested, but—for one’s own sake—required.