We Love It When We Dine on Big Mama

This article appears in August/September 2017: Issue No. 19 of Edible Long Island.

The road to Bridgehampton begins, for me, in the shadows of trucks on the Long Island Expressway. I often pass these trucks without thinking—my senses dulled by their ubiquitousness—but today I pause to think about the role they play in our daily lives and local food system. Trucks pick up raw materials and deliver them to places that will repurpose their parts into something special, just as they carry fresh produce from farms to restaurants and markets, where a similar sort of alchemy ultimately occurs.

I am going to Bridgehampton to see a truck owned by a mother and father from Brooklyn. The truck, Big Mama, is parked for the summer at Hayground School, where—despite never moving—it carries children from one place at the beginning of the season and drops them off somewhere brighter and more certain by its end. The owners of the truck, learning specialist Angela De Vincenzo and her husband, Jeff Mayer, a former pro-BMX rider and designer, drive the transformation. It is all part of the magic of their learning-through-play program Blocks, Trucks + Art.

The seed for the program sowed itself seven years ago, when Angela gave birth to Luca, her and Jeff’s first and only son.

“We had this amazing little boy,” says Angela. “He was just born, like me, with a cleft palate.”

As an educator, Angela knew immediately what this would mean: speech difficulties and surgeries. Sadly, for a while, Luca had to endure both.

Like any parents, Angela and Jeff were eager to feed Luca’s interest and at the time could often be seen carrying their son in a baby carrier around Brooklyn, pointing to all of the different passing trucks.

“We noticed within the first year of his life that he wasn’t doing the typical babbling, making those oral movements with sounds, that babies typically make,” says Angela. “But when he would see trucks, he would do these crazy grunts. It was almost like an out-of-body experience for him. So with my being an educator and my husband’s being an artist, we kind of just went with that. We realized that this was what was propelling him to connect and get excited about learning.”

Like any parents, Angela and Jeff were eager to feed Luca’s interest and at the time could often be seen carrying their son in a baby carrier around Brooklyn, pointing to all of the different passing trucks. Things escalated when they found a truck for sale in New Jersey.

“My husband came home one day and said, ‘I think we’re gonna buy this truck.’ I said, ‘You’re out of your mind. We live on Atlantic Avenue in Brooklyn!’ But his mind was made up. He said, ‘We’re gonna do something special with this.’”

It is impossible to step aboard Big Mama—the 18-wheeler truck Angela and Jeff first bought for their son and have now repurposed to help other children, with the tagline “Keep On Truckin’” emblazoned on its side—without feeling like baby Luca did when he first saw a blinking fire truck: connected and excited to learn. Or, if you’re visiting as I am—to attend one of Angela and Jeff’s farm-to-truck dinners—ready to eat.

The meal—prepared by Evan Tessler, a chef at Untitled at the Whitney in Manhattan, and Angela herself—is a colorful, summery spread of perfectly cooked bucatini with pesto, mozzarella and cherry tomatoes; blistered shishito peppers; and an heirloom tomato salad with basil, a light drizzling of extra-virgin olive oil and flakes of local sea salt. To drink: cans of Montauk Summer Ale and generous pours of rosé from Wölffer Estate.

“Our farm-to-truck meals are always beautifully prepared with a lot of intention,” says Angela. “But the really important piece is what they allow us to do.” 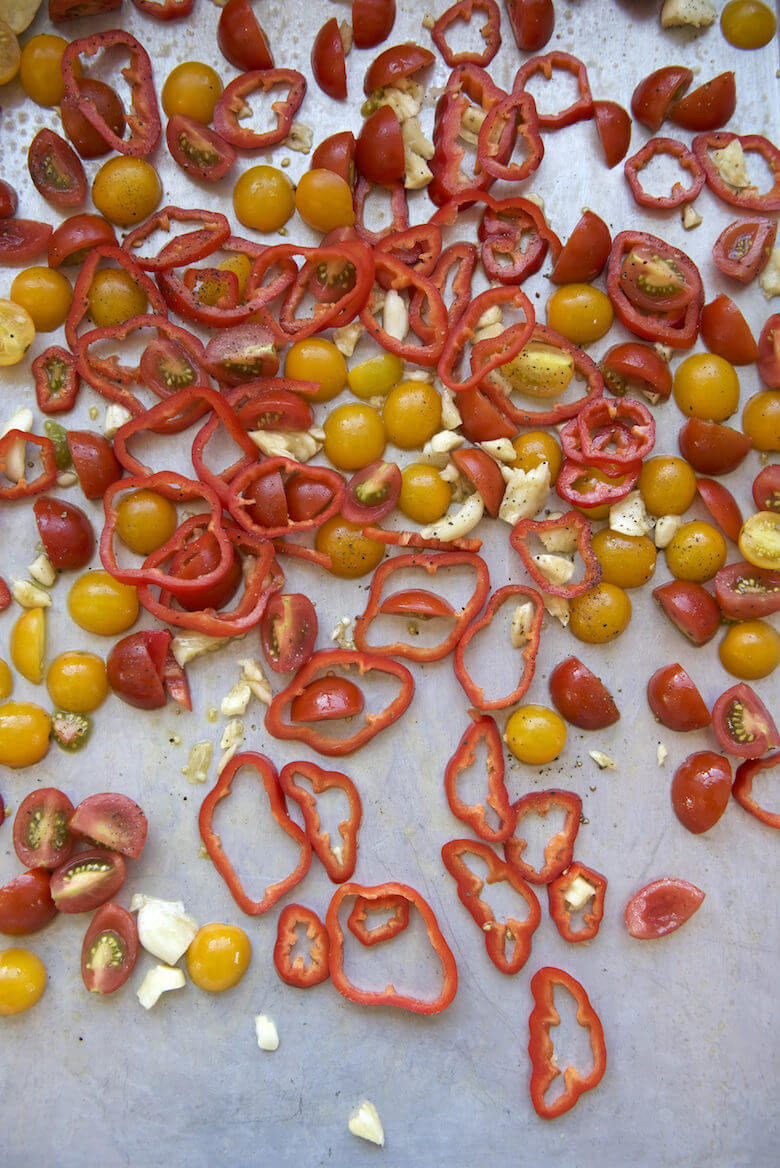 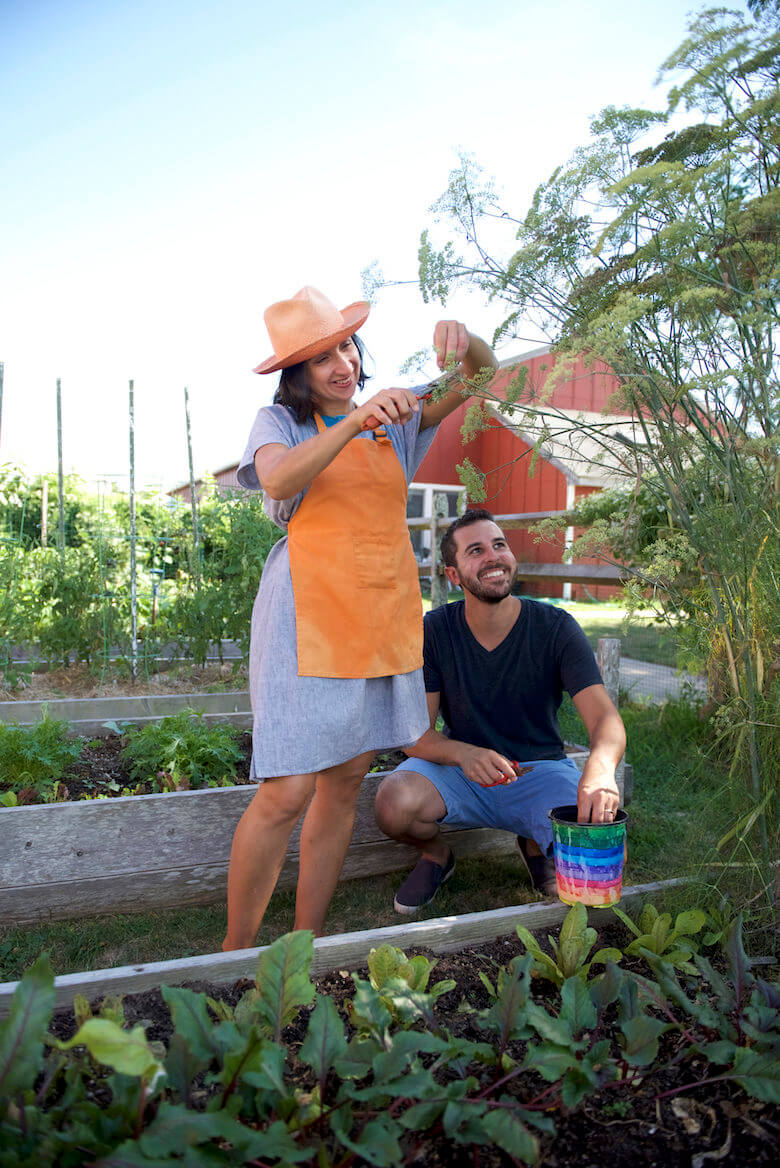 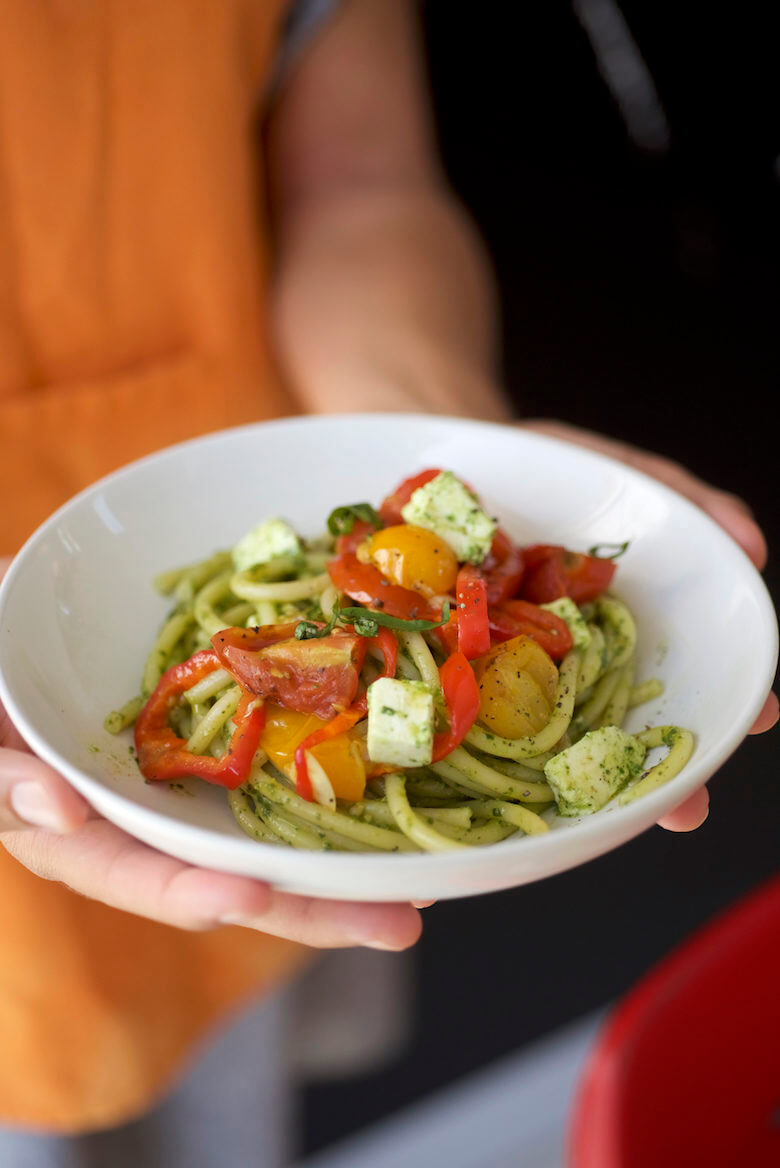 All summer—and increasingly, throughout the school year, too—Jeff and Angela offer kids the chance to improve their literacy development, fine and gross motor skills and collaboration and communication abilities using just what their program’s name promises: blocks, trucks and art.

“We teach skills that are essential and foundational in developmentally appropriate and integrative ways,” says Angela. “The kids are engaged and motivated by the tasks and challenges presented to them. They are learning instrumental life skills without even realizing it.”

And now, they’re even offering kids a chance to work on their BMX skills, too.

“We started offering BMX lessons last year and we found that so many kids really took to it,” says Jeff. “We had some kids on the team who were kids that were struggling, and the BMX team really helped them through it. They learned very quickly how to be kind and encourage one another. It reinforced for us what we already knew was true; that there are all different kinds of learning styles, and physicality can unlock and release pathways for learning and growing. Our aim is always to address and meet the needs of the whole child.”

And that, says Angela, is exactly what’s so unique about their program.

“We really get to know these kids and nurture them for who they are and where they are,” she says. “We give them something they can work on and help them feel successful. When kids can feel a sense of growth, that’s when they turn around. The way our program integrates real, heavy stuff like cognitive learning and more obviously fun skills like how to ride a bike allows us to get to know kids and their families, learn their strengths and struggles, and then go with that—just like we did for our son.”

Luca comes up a lot during my conversations with Jeff and Angela, both aboard Big Mama and not. In fact, there’s only one word that comes up more often, and that’s “synergy.”

During our farm-to-truck dinner, synergy is the word of the night. It flies from the tongue of almost every guest—Hayground founder Jon Snow, the artist Adam Stennett, the photographer Michael Halsband. In the context of Angela and Jeff’s beautifully designed, Brooklyn-hip truck, I take it to mean: “This space and program—this magic!—should belong to more than just us.”

“We’ve seen firsthand how kids can be transformed by art and play,” says Jeff Mayer. Cheers to that.

“That’s the ultimate mission,” says Jeff. “We want to take this program around the country. We want to take this to schools that desperately need it. We’ve seen firsthand how kids can be transformed by art and play. We just need to raise the money to do it.”

To that end, Angela and Jeff will be hosting more farm-to-truck dinners this summer with Tricia Williams of Food Matters NYC and Mike Hewitt of One Haus/Farm to Turntable. They are also planning to launch a Kickstarter and will begin a short residency in Williamsburg this September, where they’ll offer after-school programming and outreach.

“All of this sounds amazing but also like a lot of work,” I say, over dinner, to Angela and Jeff.

“But do you want to know what makes it worth it?” asks Jeff. “Last summer, there was a girl named Evie. After we worked with her all summer, she drew a picture of our truck and family. She wrote, ‘Thank you for doing such nice things for the universe. You are the nicest family. Thank you, Evie.’”

A smile blossoms across Angela’s face. “We’re onto something,” she says.

For more on Blocks, Trucks + Art, please visit their website.