Meet the unseen heroes of the local shellfish industry.

Nothing says “summer is coming” like a big, piled mess of seafood. Whether it’s a mixed steamer pot or a light chili clam pasta, a messy plate redolent of saltwater is always the start of a happy afternoon. When you think about how shellfish are arranged in the aisles of local markets, however, things are anything but disordered. The little neck clams are neatly sorted away from the giant chowder clams. Bohemia’s Shellfish Equipment, Inc. is the architect of that order.

Shellfish Equipment, Inc. was founded 30 years ago, and its current owner, Chuck Steuer, has been running the show since 1998. The “bread and butter” of the company is clam sorting—separating the little neck clams from the cherry stone and chowder clams once they’re dredged up together from the floor of the ocean. Steuer outfits custom machines called “clam graders” with adjustable gaps between cushioned rollers that trap clams based on size and thickness. This forces the clams down their designated shoot. From there, the clams are bagged automatically based on a batching system that increases efficiency. As the clams race down the shoot after sizing, they are detoured into one of two secondary shoots per clam grade to fill a connecting bag. Once filled, the shoot closes off and switches the clams to the other shoot, giving the operator time to switch the bag without losing time. A 4-grader, with an experienced crew, can process up to 60,000 clams per hour. Clams, being delicate, do require some special treatment to prevent shell cracking such as cushioned, short drops and flaps to slow clams down. 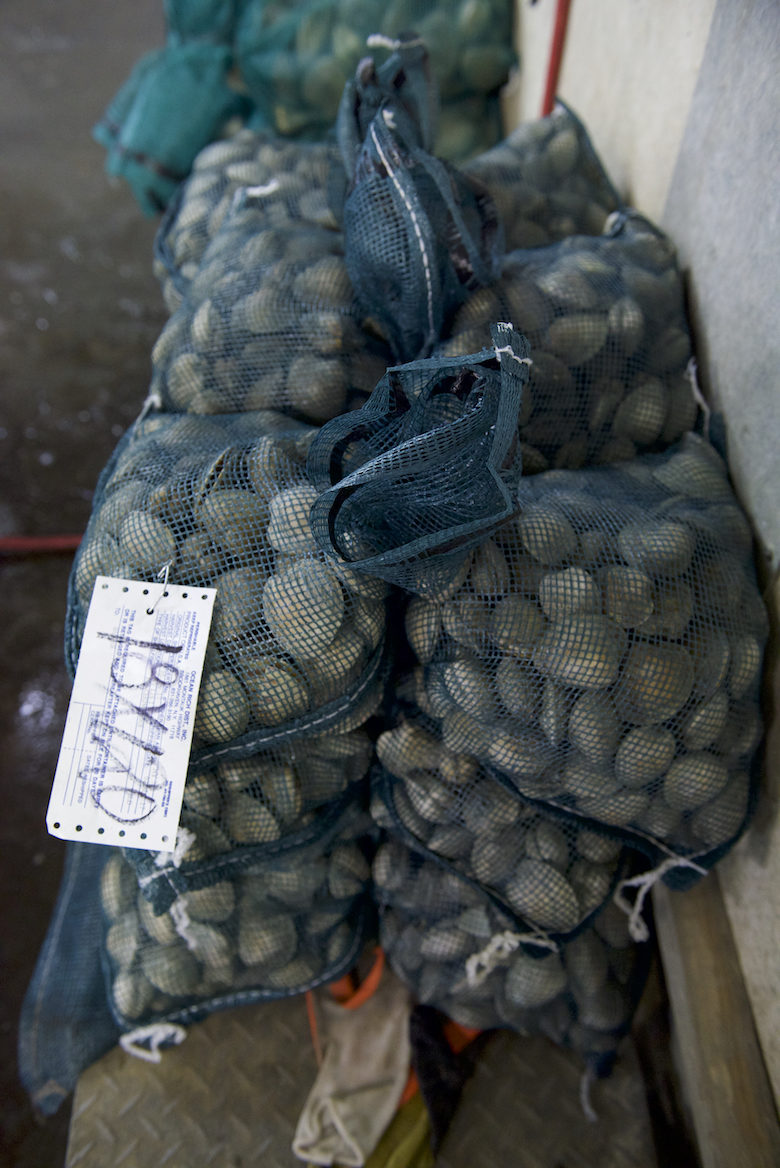 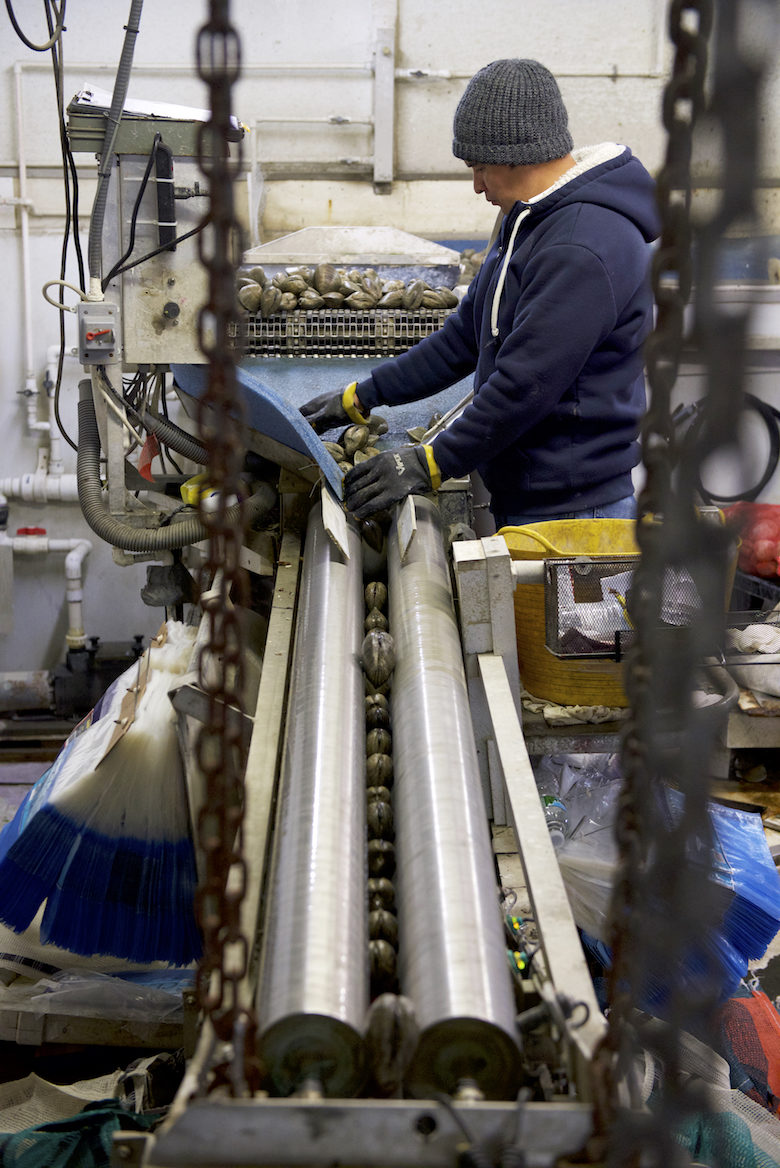 Shellfish Equipment, Inc. also makes oyster tumblers and tables that sort and count in a different way because of the irregular size and shape. In addition, Steuer services dredger boats, conveyers, washers and more for his customers. Currently, it’s clam busy season, which means long hours. Steuer’s in the process of fabricating six machines while traveling around the country on service calls. He has always been interested in welding and building equipment and, as a Long Island native, naturally holds a deep appreciation for shellfish. This combination has made him successful at growing Shellfish Equipment, Inc. into the quality company it is today. Steuer is committed to working personally with each of his customers, which keeps the operation small; Shellfish Equipment, Inc. only has one other full-time employee. He’s never advertised, relying only on repeat customers and word of mouth—just how he likes it. It’s that spirit that led the previous owner to pass the company onto Steuer in the first place. Now, Steuer sells equipment to him.

As further proof of his dedication, Steuer was visiting a customer when I first called him for an interview. Later on, I was able to pick his brain about clam graders and his background. At the end of the interview, I asked what his favorite perk of the job is. He mentioned that traveling up and down the East Coast, and even as far away as Europe, has been a great experience.

“It’s all custom equipment, so you have to be small to oversee everything,” he said. “It’s how I like it. When a customer calls you up, you go.”

And then, after a brief pause, he adds: And I’ve never been left wanting for great shellfish in this line of work either.