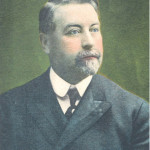 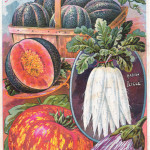 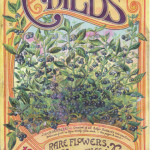 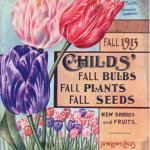 “The American people will be much better off when they appreciate the garden as the English do,” wrote Mayflower magazine editor John Lewis Childs in 1886. According to the monthly horticultural publication, America needed to recognize the centuries-old British gardening tradition and realize its own.

Childs, at age 17, unknowingly set out to change the way Americans viewed gardening when he left his hometown of Buckfield, Maine, for a small Long Island town then known as East Hinsdale. Born in 1856, Childs became interested in horticulture and worked as an apprentice for the flower and seed company C.L. Allen. While working as a seed seller, young Childs learned everything he could about the business. After one year of apprenticing, Childs had the confidence to go out on his own and start his own seed business. He rented a small piece of land in East Hinsdale in 1875 and began selling seeds and bulbs. Using good business sense, he created and marketed his products with leaflets until he saw potential in mail order. He produced an eight-page list of products—the first seed catalog ever printed in the United States.

As his business grew, he bought more land where he planted the most spectacular flowers. Childs became so successful that the name of the town was changed from East Hinsdale to Floral Park. By 1891, the post office name was also changed. The mail order company became so prosperous, it led to the establishment of a railroad station and freight office on Childs’s property, which was named Floral Park Station.

The mail order company became so prosperous, it led to the establishment of a railroad station and freight office on Childs’s property, which was named Floral Park Station.

Childs’s thriving business gave new life to the small community. An active member, he was responsible for more than 20 new buildings including lumber mills, hotels, a public park and his own printing press. By 1899, the County of Nassau was formed, and Floral Park became part of it. John Lewis Childs, was known as its official founder, and by October 15, 1908, the Village of Floral Park was incorporated. Two days later, 175 of the town’s voters elected John Lewis Childs as president.

All the while, the seed business continued to grow, as did Childs’s political career. He was a Republican who served in the New York State Senate’s First District. His love for gardening and flowers never wavered, and his seed catalogs began to include vegetables. The packets the seeds came in were so colorful and beautifully illustrated they remain pieces of historical artwork today.

By 1909, Childs had more than 1,000 acres in landholdings that stretched as far east as St. James, in an area still known today as Flowerfields.

Childs died in 1921 aboard a train after a sojourn in Florida and California. The cause of his death is unknown. The seed catalog continued to operate throughout the 1920s but came to a halt during the Great Depression. Childs’s wife eventually sold the catalog to the Edward T. Bromfield Seed Company. Childs’s estate was sold in the mid-1930s for $2 million. By 1950, Childs’s magnificent 34-room Victorian house in Floral Park was torn down. All that remains are memories of a successful innovator and entrepreneur who paved a way to sell flowers and vegetable seeds in the United States and beyond.