Where hard work and delicious food are the center of attention. • Photographs by Yvonne Albinowski 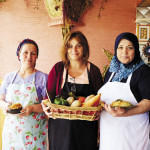 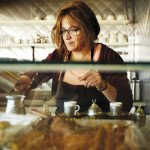 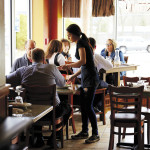 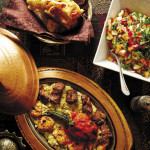 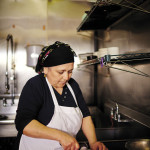 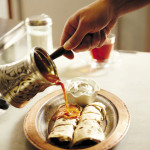 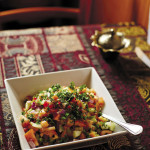 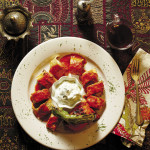 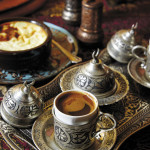 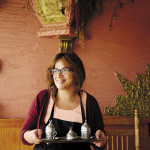 A year ago Hatice Bodur, from Giresun, Turkey, was an accomplished cook but had never entered a restaurant kitchen. Today, the shy but smiley mother of two has taken her cooking to a new level, joining three other former housewives in the cheerful kitchen at Ephesus Mediterranean restaurant in Massapequa Park. Many restaurants claim to offer meals just like Mom used to make, but at Ephesus the food is made by actual moms. From scratch. And you can taste the love.

You’ll taste it in the delicate fresh pasta on the handcrafted manti (Turkish beef ravioli with a drizzle of yogurt sauce), in the smoky char on the parlican salatasi (eggplant salad), in the careful balance of seasonings, peppers and lamb wrapped in tender lavash bread of the beyti kebab. Eating at Ephesus is the epicurean equivalent of a warm hug.

When owner Funda Duygun, herself an accomplished home cook from Istanbul, opened Ephesus five years ago, she was pursuing multiple dreams. She and her family had come to live in the States permanently after a taste of American life in 2002, when her husband, Tufan, was briefly posted here by his airline company. They returned to Turkey around 2003, but their son Doruk was so enchanted with New York, and they saw greater educational opportunities for their younger daughter, Doga; the family made plans to return.

The atmosphere in the kitchen is tranquil; tiny women in colorful kerchiefs and aprons smile, talk in Turkish, roll out dough, sear kebabs on a coal-fired grill and carefully plate seasoned rice with chunks of juicy fragrant lamb.

Once back, Funda and Tufan worked in logistics, but Turkish friends had other ideas in mind.

“They would come to dinner and ask, ‘Why don’t you open a restaurant?’” says Funda. “They said, ‘Please do this professionally every night, so we don’t have to wait for an invitation to eat your food. We will pay you!’”

Funda, who secretly dreamed of running her own restaurant, started to think about it for real. “Since nine years old I have been cooking,” she says. “Neighbors asked me to prepare food for guests when they had dinner parties.”

Dinner parties are a long way from restaurant ownership, but her husband and son pledged support. They soon found the Massapequa Park space, then a struggling Turkish restaurant.

So she changed her approach.

“I decided to do it myself with housewives in my kitchen, women who had never been professionals,” she says. “Women each have their own way of doing things in the kitchen, but I taught them my way and we became happy. There is no arguing, no competition.”

And indeed, the atmosphere in the kitchen is tranquil; tiny women in colorful kerchiefs and aprons smile, talk in Turkish, roll out dough, sear kebabs on a coal-fired grill and carefully plate seasoned rice with chunks of juicy fragrant lamb. “I love working here and love Funda,” says Bodur. “We are all friends.”

Ephesus was an immediate success with the Turkish community, and its reputation has spread. No one is more thrilled than Funda’s husband. They have been married for 25 years and finish each other’s sentences. “She did everything so perfectly that immediately she had a big success!” says Tufan. “She asked me how much I was making and then said, ‘Come work with me; I’ll pay you double.’ She hired me!”

Ephesus has a commitment to family that translates into excellence.

“We were not professional in the restaurant business when we started,” says Tufan. “This is family-run. And whatever we serve we also eat. All the cooking materials must be of high quality because our family eats here, our friends. We don’t want to embarrass ourselves with them.”

To this end, gyros are only available after 4 p.m. and only on Friday, Saturday and Sunday.

“A gyro should be fresh, otherwise the lamb is garbage,” Funda says. “I don’t want the meat sitting out.”

Similarly the islim kebab (slow-roasted lamb shank with rosemary and oregano) is only available on Friday and Saturday. All the meat is halal, which means it is slaughtered according to Islamic tradition. The housewives meticulously stuff each grape leaf by hand. Coffee service is elaborate with multi-level brewing in etched metal sets brought to the table. The textured decor and traditional paintings of flowers are warm yet restrained.

“It is very important to give our guests an idea about Turkish food,” says Funda. “It requires a lot of work; it is not easy to cook. I like to see the result of this work reflected in their faces.”

The home-cook-turned-restaurateur reflects on achieving her dreams: life in America for her children (Doga is an honor student, while Doruk, a college student, and Tufan work with her) and owning her very own restaurant. “I am just happy,” she says. “My family is happy. People come from far away because they heard about our food. People in this country really express their appreciation. Here everyone has a chance and if you do good, you will be noticed.”