A Farmingdale shop stops at nothing to make the best cup of coffee. 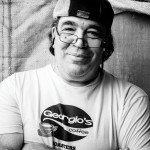 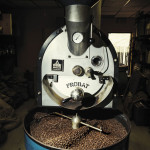 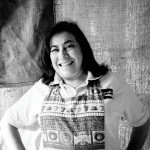 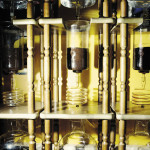 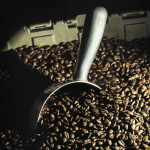 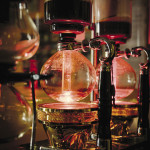 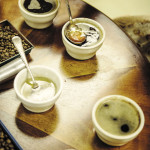 A visit to any of Starbucks’ 23,000-plus locations promises an encounter with sameness, from the coffee to the strange vernacular. It’s the epitome of uniformity, whether in Massapequa or in St. Louis, whether on Earth or on Mars.

A visit to Georgio’s Coffee Roasters in Farmingdale, however, unassumingly located in a strip mall on an industrial stretch of New Highway, is a singular experience. When I arrive, I am not greeted by the sounds of a corporate-curated radio station or the sight of baristas drizzling caramel atop gigantic Ffrappuccinos and other milk-heavy, seasonal-themed concoctions with trademarked names; instead, as the frantic sounds of a soccer game on television bounced between the shop’s mustard-colored walls, only Georgio Testani, with glasses sliding off his nose and a flat cap flipped backwards, is present. He’s roasting Sumatra Lake Toba.

“Tobacco and leather flavors in this one. Welcome to the lab,” he says. “Lab” is an accurate designation. I peek behind the counter, which is most of the 1,100-square-foot space, where his instruments—halogen-powered siphons, grinders, refractometers, pH meters—would rival a chemist’s. While customers can order cappuccinos, lattes, and other single-cup standards at Georgio’s, and even drink them at three small tables, the bulk of sales are one-pound bags of premium coffees roasted on-premise. Testani, who started roasting in 1992, cooks nearly 1,000 pounds of green beans per week in 36-pound batches with his wife, Lydia, a roaster from Colombia. They wholesale to accounts in 39 states and six countries; weekly shipments to Japan are standard.

“I’ve seen the poor conditions. The infrastructure and lack of schools—it goes deeper than coffee. We don’t accept tips here. Instead we donate to a fund to build houses for them,” he says. “It’s up to us, the roasters, to reward coffee farmers by paying them what they deserve. Period.”

I cautiously approach a bulky apparatus stationed in the store’s rear (visible to customers). It resembles Robby the Robot from The Outer Limits.

“This is the old faithful,” Testani says, referring to his Probat L12, a 44-year-old, 1,250-pound coffee roaster. Testani has invited me to roast Ethiopia Ardi, a medium-bodied coffee with “berry and sweet syrupy flavors.” He empties one of the store’s many burlap sacks, each roughly 150 pounds of beans, into the pre-heated behemoth. It elicits a growl, and then settles into a consistent, soothing hum.

As we roast, which doesn’t take longer than 15 minutes, I receive concise, nonlinear, and highly entertaining anecdotes about his life and three-decade career in coffee. (An earful of these stories parallels the jolt provided from a triple -shot of espresso.) These mere morsels, I believe, will capture his essence more than any attempt to regurgitate his biography:

“I roasted for seven years before anyone was allowed to drink my coffee. It had to be perfect.”

“I was two months old when I had my first taste. Back then, Italian parents would put coffee in your bottle with milk.”

“I started as a driver, picking up beans on the docks in Brooklyn. I was trying to make it as a guitarist. Then I moved up to wholesaling, procuring, and roasting.”

“I drove to Merrick in a snowstorm to buy my first roaster. Probably 30 inches of snow. The thing was about 90 years old—13 gears with a hand crank. The owner said I probably couldn’t use it at all, but I must have roasted on it 10 times a day for seven years.”

“I live at this store. But if you love what you do, it’s not work.”

See? We start to discuss Starbucks and Dunkin’ Donuts, presumably the chief enemies of an artisanal roaster. Testani doesn’t spew any haterade, though; many of his customers are former devotees of both companies, and he’s determined to convert more.

“I’m ready for them,” he says. “They’ll be amazed at what we have and what they can learn about coffee here.”

Testani is rarely stationary (an endless supply of caffeine undeniably contributes), but his buzziness is amplified, his awareness heightened, when roasting.

Testani is rarely stationary (an endless supply of caffeine undeniably contributes), but his buzziness is amplified, his awareness heightened, when roasting. As we cook Ardi, which peaks at 400 degrees Fahrenheit°F (most coffees finish between 405 and °-425 degrees°, dependeant on several factors), he’s obsessively monitoring the temperature, listening for audible cues (“cracks”), and withdrawing samples with the roaster’s tryer—a slender scooper—to observe color and aroma. The latter, in only 14 minutes, transitions from pistachios to grass, then to popcorn, then to strawberries, then—

“It’s ready,” he says, immediately yanking a lever to release the 36-pound batch into a basin. The mound of mocha-colored beans crackle loudly (the breakdown of a bean’s cell walls), like a cooked bag of Jiffy Pop. “”If you wait even a few seconds too long, the entire composition of the bean changes. Timing is everything.”

“How do you know when you’re done roasting?” I ask.

“When you’ve done it for a long time, you just know. I have a specific point I want to hit for every bean. Every bean is different and to get the best profile they all must be roasted differently.”

Testani initially determines a bean’s “sweet spot,” which will yield its optimal profile, by cupping, a sampling process similar to one that would evaluate a chardonnay. He nosedives into the liquid and sniffs, then slurps a spoonful and ponders while swishing the sample around his mouth. He may repeat the roasting process up to 10 times, changing the speed of heating, peak temperature and overall time. He records the taste, aroma, and mouthfeel during each trial. “This is how you get to know your coffees,” he says. “It’s the most important thing to do.”

Testani rejects roughly 95 percent of the beans he samples, “but if it’s good, I’ll pay anything for it.” His favorite coffee, Panama Hacienda La Esmeralda Especial Mario Carnaval Geisha, is rare and only attainable via auction. It’s also expensive: A one-pound bag, approximately 30 cups, sells for $120.

“It’s as close as you can get to the perfect cup of coffee,” he says while dragging from a cigarette when we finish roasting.

“That’s what keeps me motivated after so long,” he says, “the search for that ultimate cup. I’m always looking for that.”