How wood came back to beer. 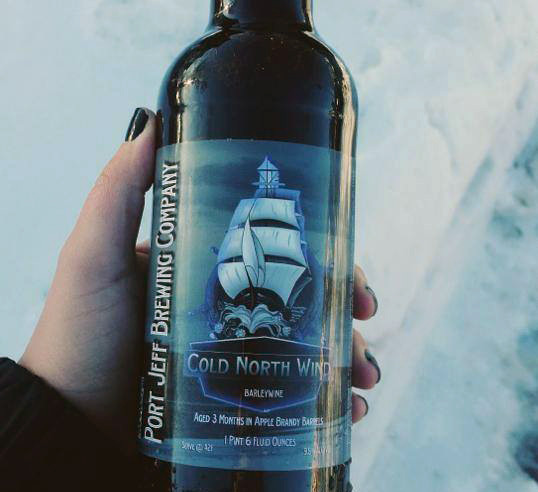 On Valentine’s Day, happy couples flocked to Port Jeff Brewery to pick up a bottle of Cold North Wind, a new beer that was aged in apple brandy barrels. And last Black Friday, we braved the early wake up and cold weather to visit Long Ireland Beer Co. in Riverhead for their Russian Imperial Stout. No, Long Island breweries haven’t decided to start giving out free beer on holidays. The draw is their barrel aged brews.

Casks that have housed everything from whiskey and bourbon to tequila or even absinthe have long been used to impart flavor and character into beer. While it’s claimed that this newfound love for wood aged, liquor infused beer began in America, the practice is now in execution around the globe.

Throughout history, not only was beer served from wooden barrels but also the brewing equipment, minus the kettle, was all made from wood. Forming these containers from different types of wood staves and sealing them allowed the beer to be stored and shipped all over the world.

Since they are not cheap, barrels are used over and over again, which allows the flavors and characters within to suffuse the beer. That is, if the barrels were not lined with pitch, as they were in the past. As a barrel gets older, its influence wanes.
Wood is porous and thus allows outside elements — good and bad — to slip in and out. Humidity and temperature changes how the wood expands and contracts. Barrels are difficult to clean, which is why wood was pushed aside when metal kegs, fermenters and tanks were invented.

For a while beer and wood were no longer buddies. Barrels were still used to age beers that capitalized on bad elements, like bacteria, but for the most part metal ruled until American craft brewers rediscovered aging beer in wood. Many point to the Chicago-based Goose Island and their Bourbon County Stout as “patient zero” for spirit barrel aged beer.

While BCS may have sparked the explosion of experimentation and consumption of wood aged beer, it wasn’t alone. Some breweries even age the same beer in several different types of barrels to see the differing effects.

Crafting one of these brews does not just mean filling a wooden cask. Barrels have their own characters: the wood used and the way it was toasted, to the liquid they contained adds to the personality and expression of the final product. This has compelled brewers to learn how to blend their beers. One cask may give lots of oak character; another may put forward more vanilla. Brewers taste samples from every barrel as the beer ages and, when the time is right, integrate the brew using the best aspect of each.

With so many possibilities for aging beer with wood, whether new or used, we can’t wait to taste what these artisans will brew up next.