I snuck out back with a beach pail, and lo and behold the branches that were covered in white blossoms were now fully laden with ripe deep purple beach plums. 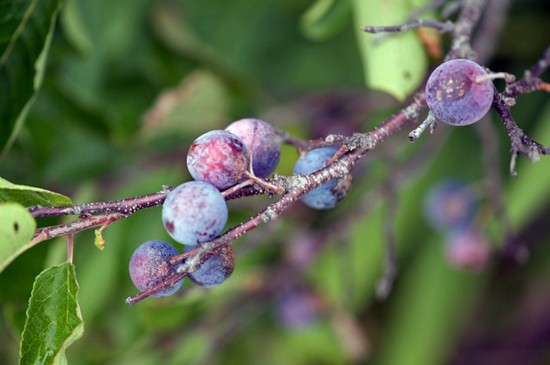 I admit it; I have become a bit beach plum crazy. 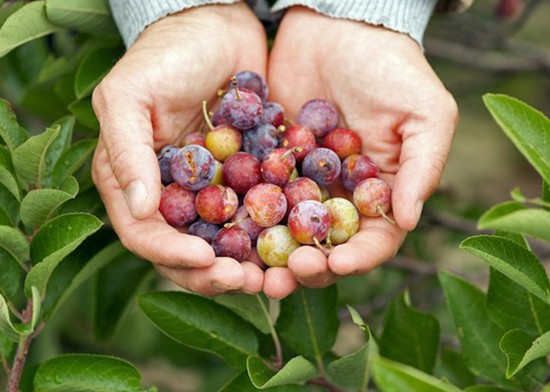 Last September, one of our farmer friends, Jen Murray, took our photo editor, Doug Young, on a clandestine beach plum foraging expedition. Foragers, and in particular those foraging for beach plums, never reveal their sweet spots. Doug is clearly very trustworthy (or perhaps he was blindfolded) because, out of respect for Jen, he would not divulge her cache. It is safe to presume, based on these photos, that they were somewhere on the north shore of Long Island. Vague, at best. 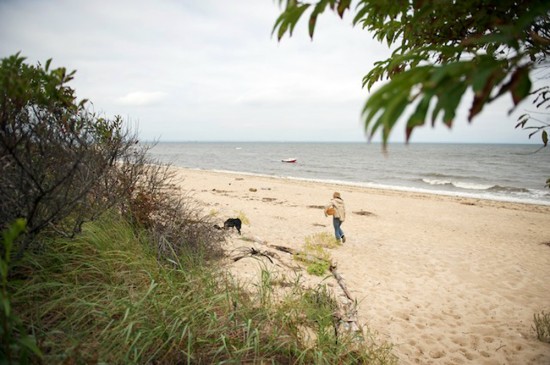 Fast forward to this past May. In the summer issue of Edible Long Island, I went In the Kitchen With Miss Amy. Her passion for making jams and preserves is contagious. Particularly compelling was her zeal for the elusive beach plum, one of her favorite flavors. Like Jen, Amy would not share her foraging locales; she only disclosed that she scours coastal areas from Breezy Point to Montauk. Again, a coastal conundrum.

Two weeks later, Doug was photographing the story, Smoking Burgers With the Burger Man: George Motz, also for our summer issue. The photos were shot at a private East End beach club. As I was the writer of the story (and the cousin of the subject), I was there to talk to George and lend Doug a hand, primarily as a Sherpa. Charcoal, wood chips, fresh ground beef and more needed to be brought from the cars up to the cottage on the dune where Doug was shooting. On one trip, I dropped something inconsequential on the boardwalk and took notice of the clouds of white blossoms on the shrubby plants that grow on the inside of the dunes. Beach plums. Eureka! I made myself a mental note to return to said spot around Labor Day.

This past Saturday, I was at the beach and recalled my beach plum moment. I snuck out back with a beach pail, and lo and behold the branches that were covered in white blossoms were now fully laden with ripe deep purple beach plums. I grabbed what I could, considering I was barefoot and in a bathing suit. I dared not venture further into the dunes; there was nearly as much poison ivy as beach plums.

I filled my beach pail with nearly two pounds of the ephemeral jewels, and today made my first batch of beach plum jam using Miss Amy’s recipe. This first batch is admittedly more syrup and less jam. I figure it will be divine over vanilla ice cream. Undeterred, and wearing boots, long pants and gloves, I will return to my private niche this week; there are still more beach plums to be picked and preserved. 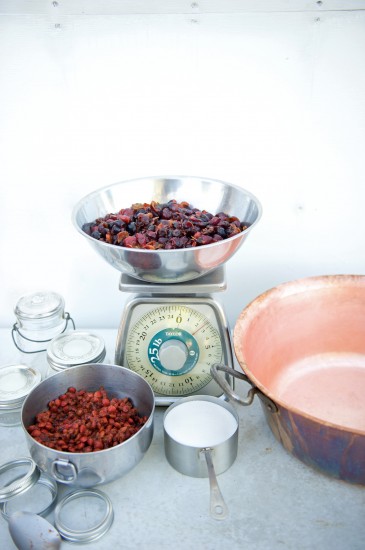