Getting Sauced, Tomato Sauced, That Is

The basic approach to tomato sauce is relatively easy — time consuming, but not too complicated. First, you’ve got to core and quarter some 20-plus pounds of tomatoes, but with the music playing, one can get a pretty nice slicing rhythm going. 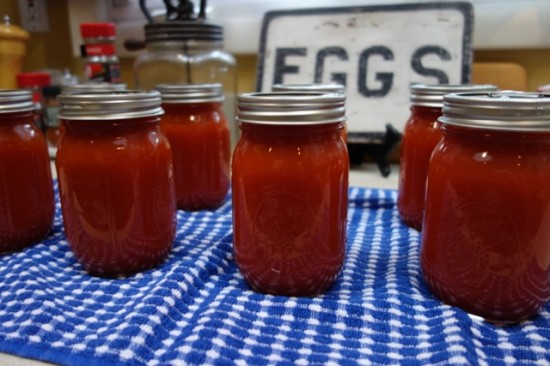 No, I didn’t spend the weekend on the sauce. I spent the weekend making sauce — although the final result will pair nicely with a robust cabernet franc.

They’re hauling baskets of paste tomatoes off the fields at Restoration Farm these days. Paste tomatoes are meatier and less juicy than other varieties so they cook down into a rich, thick sauce. 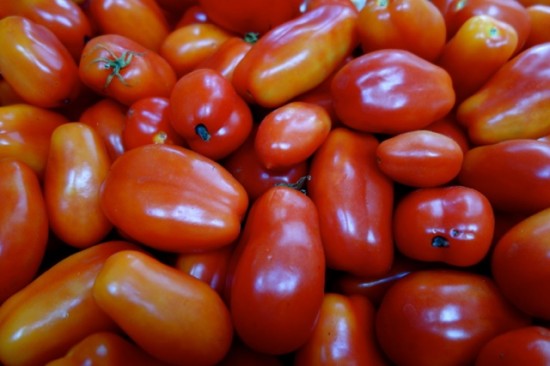 Each year, head grower Caroline Fanning floats an offe: swap your weekly CSA allocation of heirloom tomatoes for a half-bushel of paste tomatoes, if you’re interested in making sauce. It’s almost a challenge. Hmm. Relax in a lawn chair and pop sun gold tomatoes into my mouth like candy or spend hours on my feet in the kitchen slicing, dicing, simmering and preserving? For too many years now, laziness and the easy lure of sweet heirlooms have won the toss, but my homemade, homespun ethos wasn’t going to settle for store-bought spaghetti sauce for yet another season. So I commit to the swap and my biceps get a good workout hauling that half-bushel home. 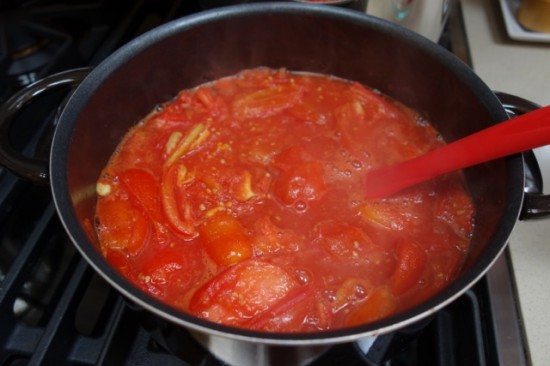 First things first. One must create the proper mood for saucing, so I switch on a carefully curated playlist that includes Louis Prima, Jerry Vale and Connie Francis. Sauce and amore! What could be better?

The basic approach to tomato sauce is relatively easy — time consuming, but not too complicated. First, you’ve got to core and quarter some 20-plus pounds of tomatoes, but with the music playing, one can get a pretty nice slicing rhythm going.

Next, you need a sense of humor. The line in the recipe that states “simmer 20 minutes in a large saucepot” makes me chuckle. To my knowledge, Revere Ware does not manufacture a saucepot the size of Cincinnati. For a half-bushel of tomatoes, plan on at least three soup pots and several working burners. 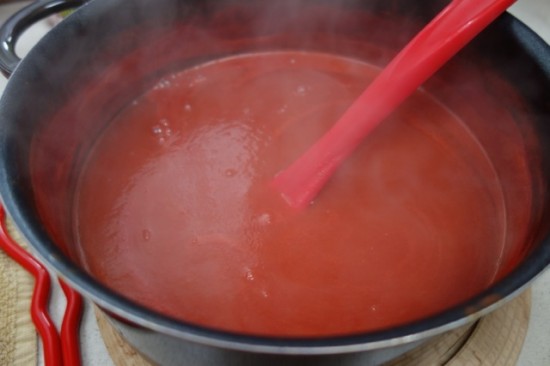 The beauty of homemade sauce is indeed its simplicity. Just tomatoes, nothing more. The quarters quickly begin to soften on the stove, release liquid and float in a preppy pink broth.

Next up, I puree the pulp in batches in the food processor and then strain out the seeds and skin. The kitchen looks like the set of a slasher movie. Finally, the strained pulp simmers on the stove until it reduces by half. The sauce is poured into sterilized jars with a tablespoon of lemon juice for acidity and processed in a boiling-water canner for 35 minutes.

I must say the end result is gratifying — eight pint jars of blushing red sauce, made from scratch, glistening on the kitchen counter. That autumn lasagna will taste darn sweet layered with sauce made from Long Island paste tomatoes. Now that’s amore!

A basic recipe for homemade tomato sauce prepared from fresh tomatoes and preserved in a boiling-water canner can be found here.