Stella Blue Bistro: Goin’ Where the Water Tastes Like Wine

Wave that flag, wave it high and wide – Stella Blue Bistro, in Huntington, has opened its doors. 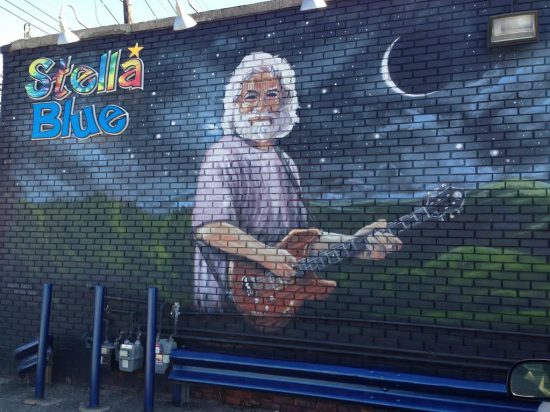 Don’t tell me this town ain’t got no heart, you just got to poke around. For the past year Deadheads and non-Deadheads have been teased by the mural gracing the side of 188 New York Avenue in Huntington Village. Created by Painted Pieces Ltd. in Huntington Station, the larger-than-life portrait of Jerry Garcia would have charmed the Grateful Dead icon himself. Several months ago an awning was erected bearing the name Stella Blue Bistro, in tie-dye lettering. I drive up and down New York Avenue daily, so to say I was intrigued would have been the grossest of misunderstatements. Well, wave that flag, wave it high and wide: Stella Blue Bistro has opened its doors. 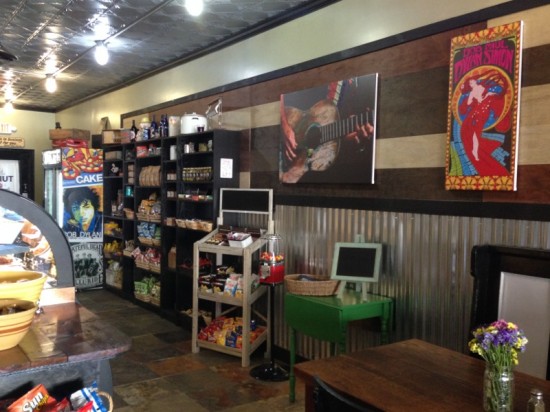 With ambiance and décor evoking Woodstock, Stella Blue Bistro is not simply thematic hype. On one wall hangs a large framed collage with hundreds of ticket stubs from Dead shows going back to the late ’70s. These guys are the real deal when it comes to the Dead. Throw in more than 20 years of cooking experience, perhaps dressed in tie-dye, and Stella Blue Bistro has just illuminated casual eats in Huntington. The menu boasts all-day breakfast (how could one resist a sandwich called Maggie’s Farm?), organic fair-trade coffee, specialty sandwiches and burgers made with organic meats, salads, Jane’s Homemade Ice Cream from the Hudson Valley and made-to-order doughnuts with dipping sauces!

What a long strange trip it’s been. Permits delayed Stella Blue’s opening by several months and they are now in the process of obtaining a liquor license to serve local craft beers and wines. In the meantime, there is nothin’ left to do but smile, smile, smile!