In Honor of National S’mores Day, We Challenge You to Show Us Your S’mores

As you stoke the campfire this National S’mores Day, we challenge the s’mores hacks out there…show us your s’mores! 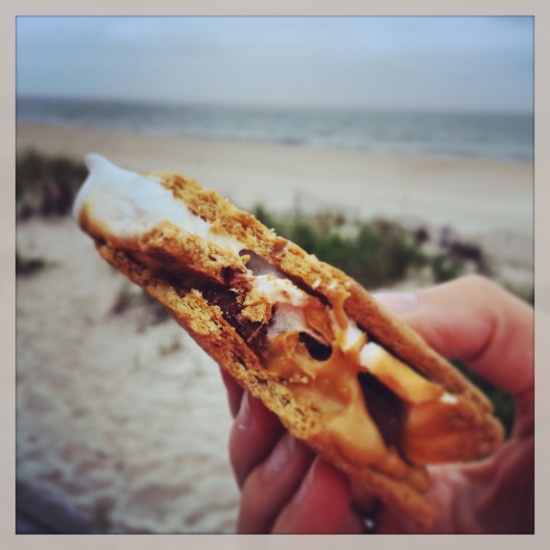 Sunday, August 10, is National S’mores Day, an entire day dedicated to gooey fireside goodness. The recipe, which is really more of a method, is credited to Girl Scout leader Loretta Scott Crew and was featured in Tramping and Trailing With the Girl Scouts, a scouting manual published in 1927.  The Girl Scout manual attempted to instill some self-restraint about the treat, originally named “some mores” by stressing, “though it tastes like ‘some more’ one is really enough.” Legend has it that fireside chanting and demands for more some mores yielded the colloquial, s’mores. So much for instilling self-restraint.

Traditional s’mores — marshmallows, toasted over an open fire, and chocolate, sandwiched between graham crackers — are a simple and heavenly summertime treat. It should come as no surprise that sweet-toothed folk have come up with a variety of riffs on the original. What say you to substituting the milk chocolate with Reese’s Peanut Butter Cups? Andes Mints? Or how about going a little healthier with some coconut peanut spread? Chocolate chip or oatmeal raisin cookies would make yummy substitutes for graham crackers, no?

As you stoke the campfire this National S’mores Day, we challenge the s’mores hacks out there … show us your s’mores! 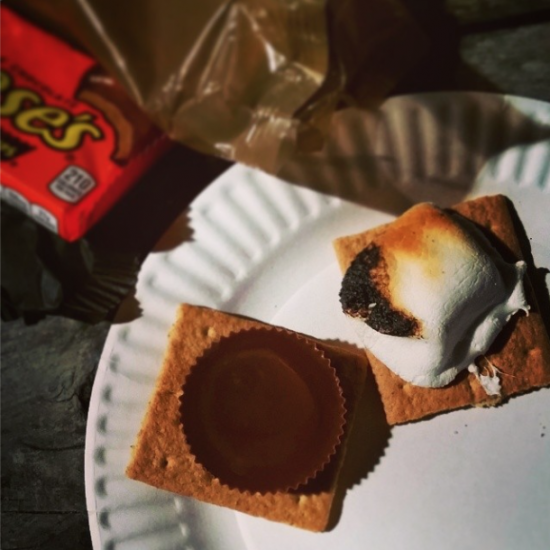