One of the most exclusive and surprising olive oils in the world has only just become available outside the remote villages of coastal Albania. 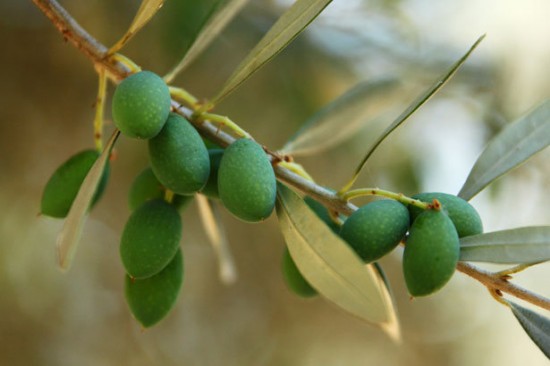 One of the most exclusive and surprising olive oils in the world has only just become available outside the remote villages of coastal Albania. And, fortunately for Long Islanders, a very unusual local couple are the ones who liberated the oil and have brought it here first.

It is hard to say where this olive oil love story started exactly — 4,000 years ago when Albanians started pressing olives for oil? Sixteen years ago when Rachael Faraone of East Hampton met Andrew Strong of Chicago at Middlebury College? Seven years ago when Strong, a human rights lawyer, defended the Prime Minister of Kosovo in a war crimes trial, and discovered the remote mountain and coastal regions of Albania where Albanians still press olives the very old-fashioned way and which no one else in the world had ever tasted? Two years ago, when Faraone and Strong’s relationship went from best friends to life partners?

Wherever this tale begins, its current chapter is unfolding on Long Island and the results are delicious and exciting.

The couple’s company, the Illyrian Press, partners with a farmer named Vesaf Musai who custom presses a limited quantity of organic olives from the region around the small coastal city of Vlorë each November in his small, USDA/ICEA Organic Certified olive press. The olives come from families who farm in the region and hope to emerge from the struggle of subsistence farming by exporting their olives for the first time.

Never before available outside Albania (which was isolated by years of extreme dictatorship), the oil, made from the autochthonous Kalinjot olive, won gold in tasting competitions in Italy and Croatia in 2013 and Best in Show in the Albanian tasting of 2013. Thanks to the Illyrian Press, it is now also available here on the East End at Serene Green Farm Stand and Cavaniola’s Gourmet Cheese Shop in Sag Harbor, Marder’s Garden Center and Nursery in Bridgehampton, The Seafood Shop in Wainscott and, coming soon, Eli Zabar in Manhattan and Amagansett. It is also available online through the Illyrian Press.The oil retails for around $25 for a 500-milliliter bottle.

Get yours soon; there are only about 1,000 liters of this year’s nectar, the fragrance of which Faraone describes as “like sticking your face in a freshly planted garden.” And look for more interesting projects from Faraone and Strong, not least of which is their first child, expected in August!