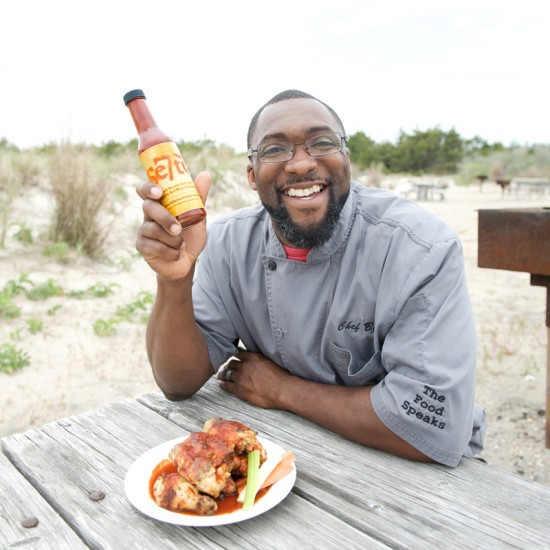 The middle child of five, the 35-year-old Bynum was a shy and introverted kid. It wasn’t until he entered a culinary program at Nassau County BOCES that he found his stride. As a high school junior he took a job working the line at (now closed) Margo and Frank’s Mermaid restaurant on Freeport’s Nautical Mile. “They put me on the sauté station, and suddenly one night one of the chef-owners just passed out and I had to step up,” explains the no longer introverted Bynum, “I felt like a natural in the kitchen.”

Bynum is an ardent proponent of vocational schooling. “Cooking is an art. Artists aren’t developed in school. Your taste and thirst for knowledge is more than any school can teach you,” states Bynum. Crediting his mentor, Dan Doherty, executive chef at the Melville Marriott, for truly showing him the ropes, Bynum went on, building an impressive résumé working for the Marriott, Carlyle on the Green, the Vanderbilt, Four Food Studio, Bella Vita City Grill, Tellers, Prime and Venue 56. 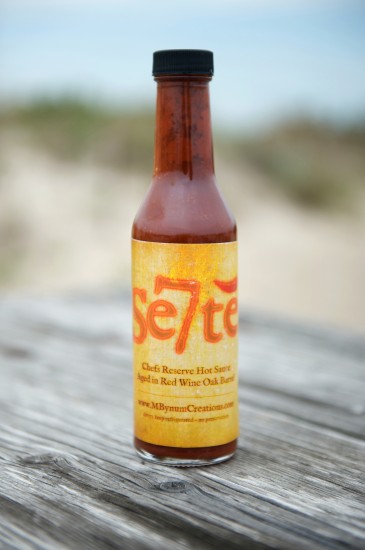 His 28-seat, 1,000-square-foot Hush is scheduled to open in late July. A champion of all things local, Bynum has used reclaimed wood from Sandy to build the bar and tables. Moreover, Hush’s menu will feature local cheese from Mecox Dairy, produce from Satur Farms and Early Girl Farm, poultry and eggs from Miloski’s Poultry Farm, meat from upstate New York, along with local beers, wines and spirits.

While in the throes of restaurant-opening nitty-gritty, Bynum has carved out some time to develop a line of hot sauce, Sette, which he sells online (or out of the trunk of his car). Preservative-free Sette is a blend of seven different fresh peppers: jalapeño, habanero, pasilla, guajillo, Scotch bonnet, ghost and devil’s finger. Sette is aged in oak wine barrels, which come directly from Mattituck. Bynum uses barrels from Macari Vineyards’ red blend, Sette—hence the name. “My hot sauce is more like a fine wine…delicious and not just hot, with a great depth of flavor. My hot sauce is versatile. It’s great on its own, added to mayonnaise, marinara, vinaigrette or on raw shellfish,” raves Bynum.