A patriarch, an Irish brood and a homegrown chef make pub food sexy. 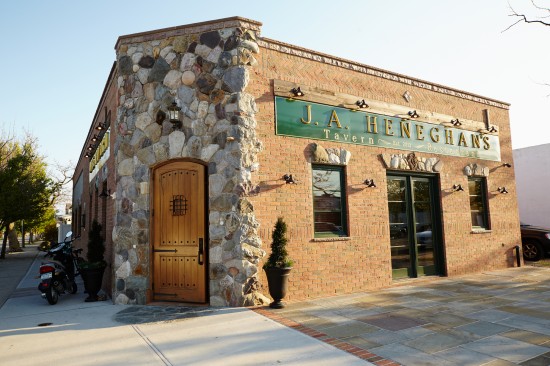 Whether or not you believe in the paranormal, it’s a sure bet that a benevolent spirit inhabits the pub and dining room at J.A. Heneghan’s Tavern in Point Lookout.

John Anthony Heneghan has the kind of backstory deemed legendary among large Irish families. The son of Irish immigrants who fled the Great Famine for America, John was born November 27, 1929—just after the stock market crash—and was raised with three sisters in a coal-heated bungalow in a Bronx shantytown on the East River. 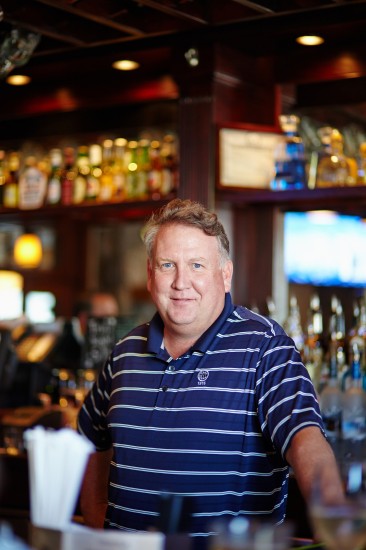 John earned his education on the streets and at Cardinal Hayes High School, and throughout his youth, he dreamed of becoming a fireman. Shortly after marrying his wife, Catherine, in 1953, he joined the New York City Fire Department, eventually rising to battalion chief. He forged deep friendships with his fellow firefighters and would share stories of their bravery with his family. When their six children were grown, John and Catherine moved to the beach community of Point Lookout and enjoyed spending time with their 39 grandchildren. John Anthony Heneghan succumbed to cancer in 2006.

“He was very much a patriarch, and a strong-willed, driven guy,” says Jack Heneghan, owner-manager of J.A. Heneghan’s Tavern, which opened in Point Lookout in September 2013. Heneghan is a low-key middle-aged man with a sturdy build and graying wisps of hair, who bears a striking resemblance to historic photos of his father.

“He loved his Irish heritage, loved Irish music and was very community oriented,” says Heneghan of his father. “Although not a big drinker, he was an Irish pub kind of guy.”

When Heneghan and two brothers decided to open a restaurant in Point Lookout as an investment, it was quickly decided that the family venture would pay tribute to their father.

“When we thought about naming the place, we canvased all the grandkids and almost unanimously they decided that naming it after him would be great,” says Heneghan. “A lot of his principles and the way he lived his life we hope to imbue here.” 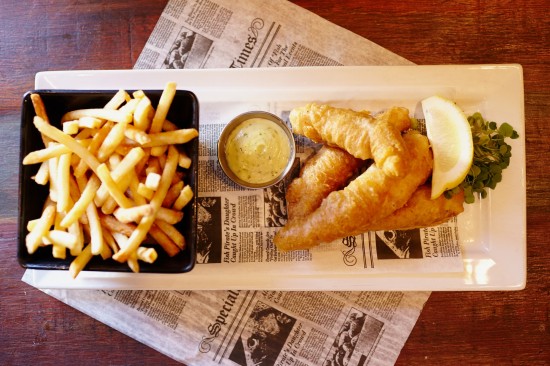 Point Lookout is the very picture of a small-town beach community that has changed little in decades. Located on the eastern end of the barrier island also home to Long Beach, Point Lookout is a mere 0.2 square miles with a year-round population just shy of 1,500 residents. Once an isolated, rustic beach community, the streets were unpaved well into the 1940s. Today, walking and bike riding are still preferred to automobile travel.

J.A. Heneghan’s takes its role as a neighborhood gathering spot to heart, offering a variety of activities to engage the community. The tavern schedule is filled with trivia competitions, comedy nights and holiday brunches. A Mug Club membership encourages residents to “Come for the Beer—Stay for the Craic,” the Irish word for “the talk and banter of good company.”

J.A.’s presence is palpable throughout the tavern, as is a distinct family atmosphere. Mementos of his long career in firefighting decorate the pub room, including two fireman’s hatchets that intersect at the top of the stone fireplace mantle that divides the pub and the dining room. Original school artwork by Heneghan offspring is tacked to the refrigerator in the prep kitchen. Fourteen Heneghan grandchildren reside in Point Lookout and most have worked at the restaurant since it opened. 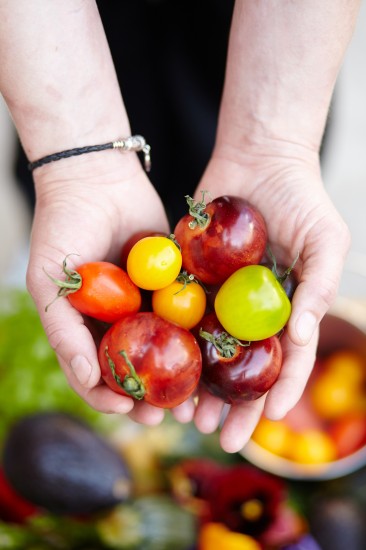 “We get some cheap labor,” says Jack Heneghan with a smile.

A visitor to J.A. Heneghan’s will quickly sense two different atmospheres. Enter the pub room and you are in the midst of a lively local hangout where 30-something clientele cluster at a well-appointed bar and watch TV in high definition. Booths and high tables are filled with parents and toddlers enjoying an evening out. Beyond the fireplace is a long, rectangular dining room, decorated in warm earth tones—topped with an embossed tin ceiling—where patrons dine on local, seasonal cuisine.

While orchestrating a tribute to a family patriarch is a labor of love, running a restaurant is a full-time commitment, and Heneghan freely admits he and his siblings knew nothing about the restaurant business. “Just like owning a baseball team, we knew that we had to get people who knew the industry and just let them do their thing.” 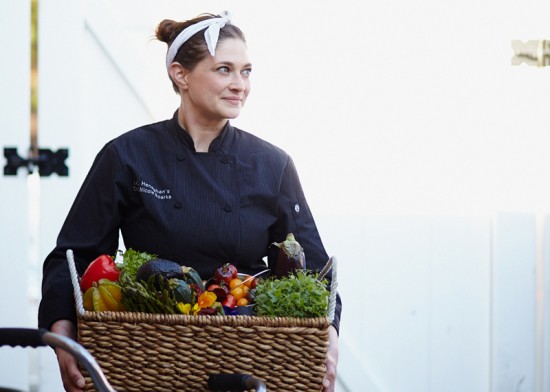 Enter executive chef Nicole Roarke, who was tasked with redefining the tavern experience. “I had to make pub food sexy,” she says.

It is an uncommon collaboration—the familial spirit of a revered patriarch and a chef who fervently believes that if you cook with your senses, your food will come alive. The 34-year-old Blue Point native worked in restaurants from the age of 19, evidenced by the kitchen battle scars that grace her forearms. In a nod to her extended culinary family, Roarke applies her experience as a graduate of the French Culinary Institute, cookbook author, culinary instructor and caterer—as well as assignments at Loew’s Coronado Bay Resort in San Diego, Spice Market in Manhattan and Sugo in Long Beach—to the nightly service at J.A. Heneghan’s.

“I really have taken my whole entire career and everyone that has influenced me and included it in this menu,” says Roarke. High energy and admittedly OCD about cleanliness and order in the gleaming kitchen she designed to her personal specifications, Roarke is creating buzzworthy food that is fresh, contemporary and accessible and true to the spirit of J.A. Heneghan’s love of family and community.

Roarke turns traditional pub food on its head. The ubiquitous pig-in-a-blanket becomes “Quilted Pig,” a fragrant and savory sweet Italian sausage wrapped in flaky pastry. Chicken fingers are juicy and tender with a crispy pretzel crust. Silky crab-and-artichoke dip is warm and impossibly buttery. Jameson-braised short ribs and Guinness-battered fish-n-chips pay homage to the Emerald Isle, and Roarke celebrates the sea with crab-crusted salmon with a bright lemon risotto, asparagus and roasted red pepper coulis. A thick and smoky Dijon-crusted pork chop is perched on a bed of classic potato and cabbage colcannon.

Heneghan says the response to Roarke’s menu has been “unbelievably impressive,” and they’re hoping word of J.A. Heneghan’s contemporary cuisine in a casual setting spreads to other South Shore communities.

“My father was an old Irish guy who didn’t brag about anything,” says Heneghan, “but a lot of people have expressed a real appreciation to have a place like this on the barrier island where they don’t have to go further for fine dining.”

“We are the best of both worlds,” says Roarke. “You do get the folks rolling up on the bikes and they can come in for a burger with their kids. And, then you could also make reservations for Saturday night, get a bottle of wine and sit in the dining room and have a completely different experience. I like that we offer that.”

Jack Heneghan says if his father were alive today, he would appreciate what his brood has created in his honor.

“I think he would really like it, because it represents the things he enjoyed in life,” says Heneghan. “He was a community guy, it’s got the Irish flare to it, he liked a good meal and was very family oriented. I think he’d be pretty proud.”